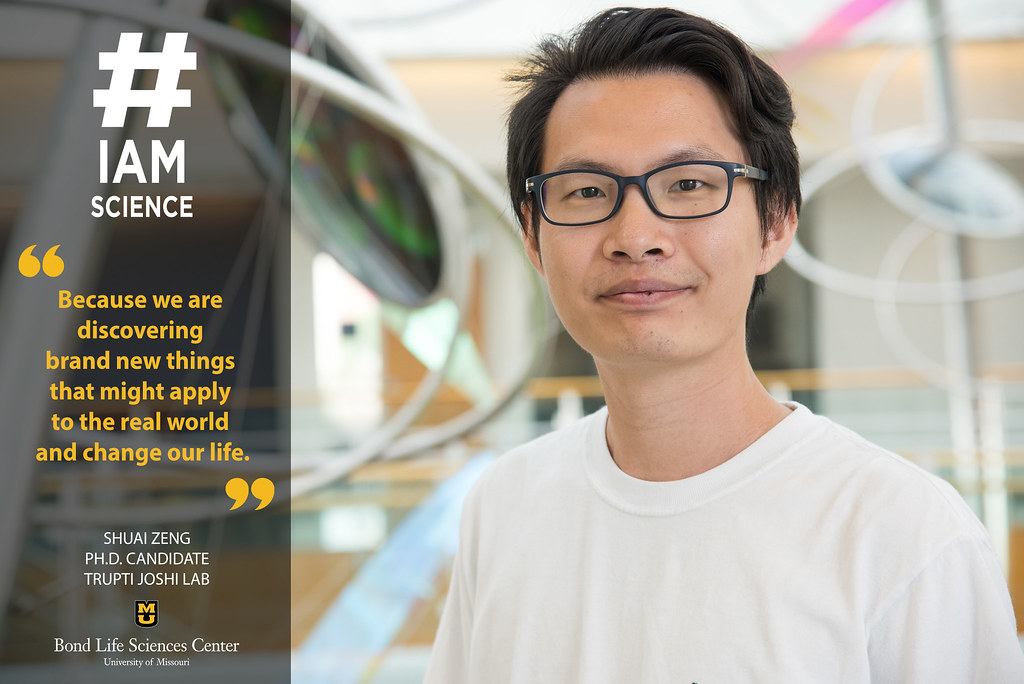 It’s not a straight line between basic research and Silicon Valley, but Shuai Zeng made the dots connect.

Last summer, Zeng, a Ph.D. candidate in computer science, had an internship at Google headquarters in Mountain View City, California, where he worked on an applied research team. There, he helped design and develop a state-of-the-art deep learning model about video recommendations for Google Ads and YouTube.

Deep learning mimics the workings of the human brain in processing data through artificial intelligence (AI). It is used in detecting objects, recognizing speech, translating languages, and making decisions. Examples of deep learning would be Amazon’s Alexa and the navigation abilities of self-driving cars, like Tesla.

“At Google, I felt like I was working at a college like Mizzou,” Zeng said. “Working there required me to learn a lot of new things in a very short time. I learned not only coding skills, but also creative, analytical, and research skills.”

Zeng currently works in the University of Missouri School of Medicine and Bond Life Sciences Center under Dr. Trupti Joshi’s guidance. He finds it beneficial to build a bridge between his knowledge of computer science with the likes of medicine and plant biology.

“I currently work on the infrastructure for collecting and integrating multiomics data on soybean, maize, Arabdopsis, human, mouse, and many other organisms,” Zeng said. “The website provides a lot of interesting tools that allows the researchers to see, analyze, and store their data online. I can do the data analysis for them so they can go to the website and see the results from huge datasets and easily extract information that they need.”

Zeng also credits his time and experience at Bond LSC to helping him get the Google internship last summer.

“I work on a lot of different projects here, which is good because working with Google requires having a strong background,” Zeng said. “If I only work on the computer science part, it is not good enough because you need to learn a lot of other things as well.”

Zeng even enjoys combining computer science with biology, despite the difficulty.

“Fortunately, there are a lot of very good students here at Mizzou, so I don’t need to learn biology on my own. I just ask them some questions about it and then I can get to work,” Zeng said.

“He’s a very dedicated and motivated student,” Joshi said. “He does a fantastic job of translating and understanding the deep purpose of what the data issues are. He’s been one of our really crucial contributors in the lab.”

Zeng enjoys the environment at Bond LSC because of its similarities to Google. At Bond LSC, he works in the Joshi lab, where he aids in data analysis. One of the main things he works on is the Soybean Knowledge Base (SoyKB) and Knowledge Base Commons (KBCommons) frameworks.

“He really contributes to new developments, new methodology implementations, and developing and maintaining some of these crucial frameworks that we use for collaboration with faculty here and also outside,” Joshi said. “He’s going to have a fantastic career trajectory with all the experience he has gained from these research projects and internships.”

Zeng hopes that career involves going back to a large company like Google after he graduates.

“In the next five years, I would love to get a full-time job as a research scientist at Google or Facebook and be learning as many new things as possible,” Zeng said.

Until then, he will continue learning as much as he can in labs here at Mizzou.