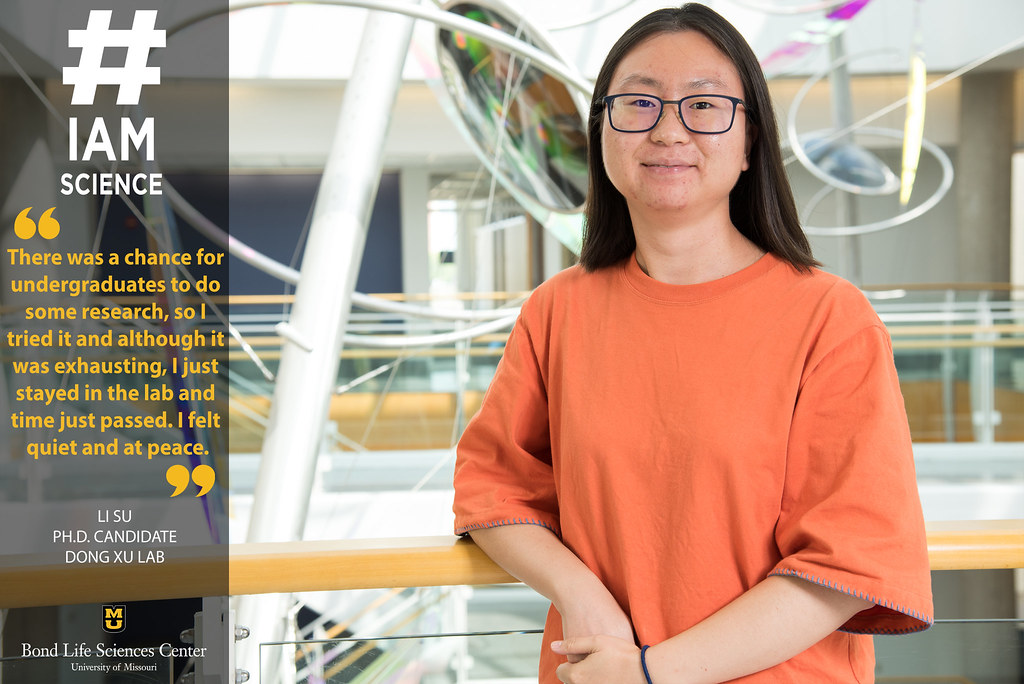 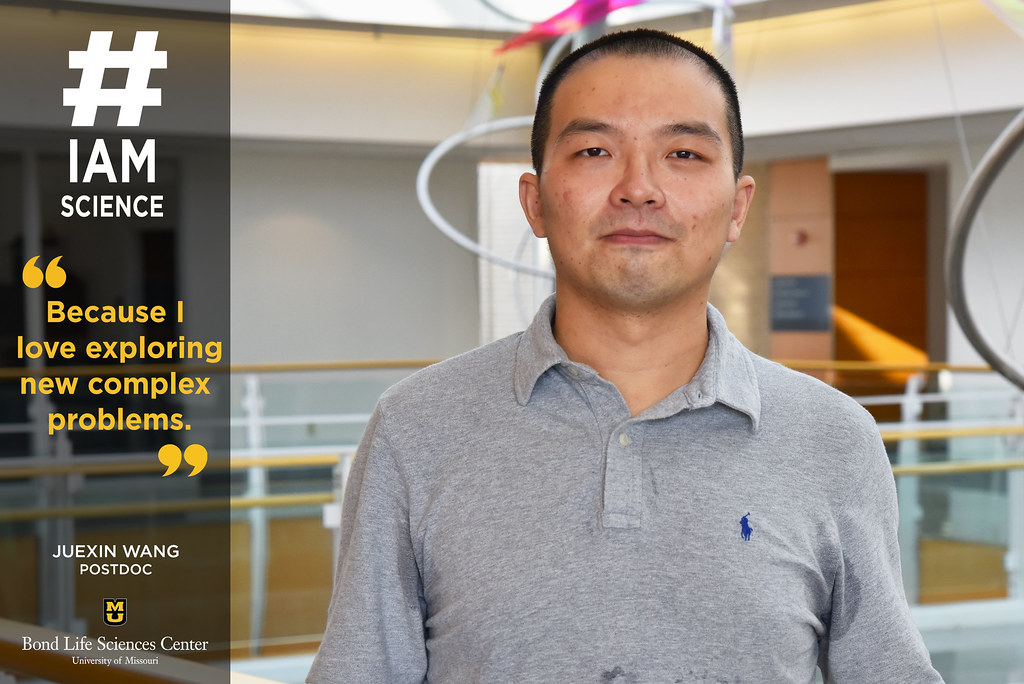 Boring may not be the first word that comes to mind when you think of someone’s research story.

But for Juexin Wang, it was a dull job that steered him toward research.

“My undergrad was in Beijing, I was studying computer science,” Wang said. “After I finished my undergrad I went to work in the industry for two years as a software engineer, and I realized that work was so boring to me and I wanted to discover something new.”

Wang went back to school for his masters and Ph.D. in Northeast China. During his Ph.D., Wang had an opportunity to collaborate with Dong Xu in Bond LSC, and he took the chance to come to the states.

“The most advanced technologies were here,” Wang said. “I felt really comfortable when I came here, we could adjust the focus on the research and the platform Mizzou provided was powerful. We have great collaborators, and I think if you have questions people are happy to help you.”

Eight years later you can find Wang going back and forth between the School of Medicine and Bond LSC. His research works with both Dong Xu and Trupti Joshi to combine biology and data sets, a field known as bioinformatics.

“I found possible connections between computer science and biology,” Wang said. “Data that comes from biology reflects biological mechanism on different levels. With computers, software, the algorithms, we can find something new no one has ever seen in wet lab, which may help people understand diseases in human beings and complex traits in other organisms such as plants.”

“My work has many tasks,” Wang said. “I do algorithms development, and if we have too much data — you can call it ‘big data’ — this causes us to develop new tools that can help understand and tie into the data. My work is trying to develop different tools to help people deal with this same problem in data on their own.”

Too much data, too little time, is why people like Wang are advancing in this science.

“For me, I never found anything really new in my software engineering work, but in research I always touch something new,” Wang said. “New mechanism, new data, new tools. I think that it is fascinating, you always put your passion over yourself. You’re always pushed and this isn’t like anything else.”