May 12, 2017 By echvyc in Events and speakers Tags: MU-GNU International Joint Symposium in Plant Biotechnology 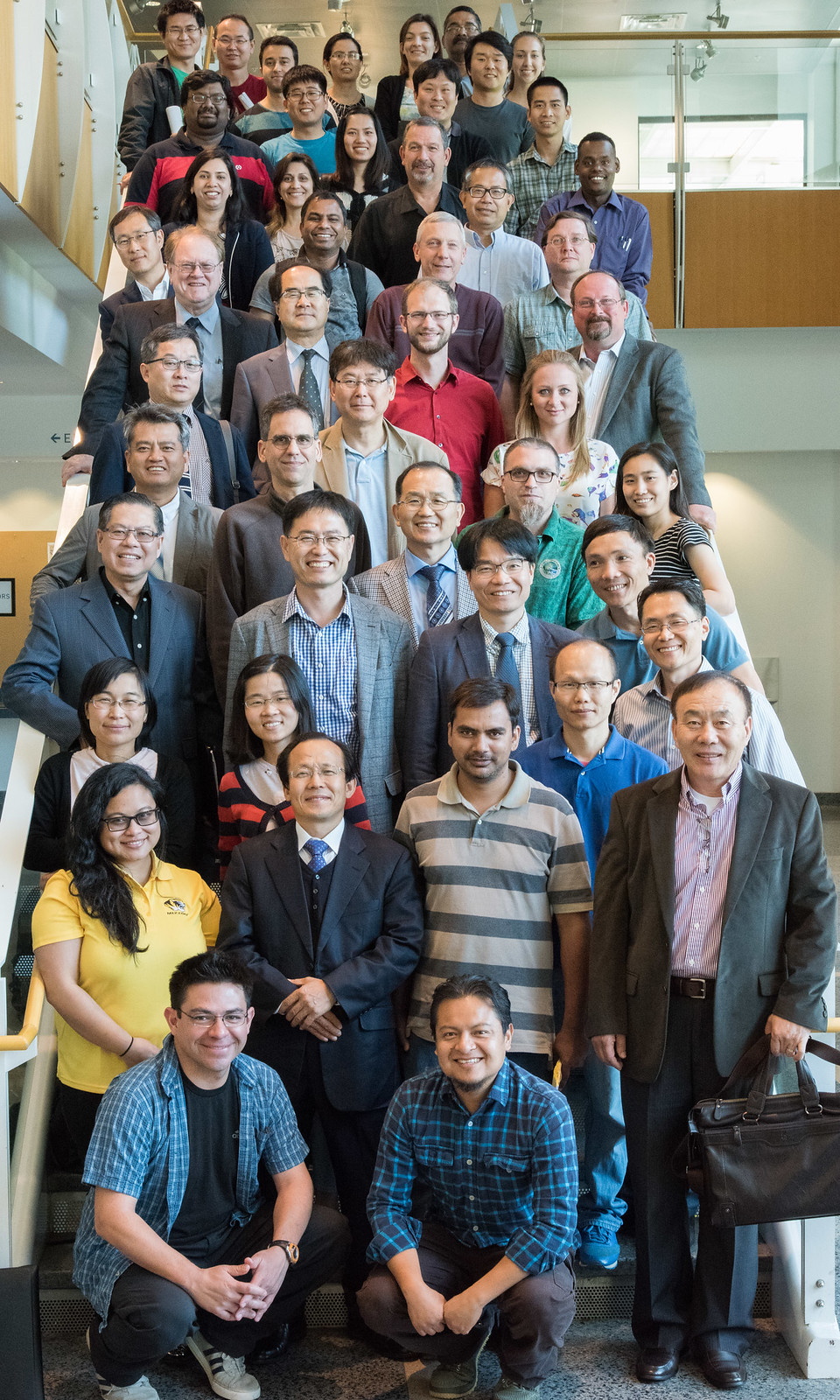 Plant biologists from each university shared their research, ranging from molecular biology and signaling to breeding soybeans for improved yields. The symposium is held every two years, alternating locations between the U.S. and South Korea. This conference marks the eleventh year of collaboration between GNU and MU.

“Every trip that comes over, new collaborations develop,” said Gary Stacey, a Bond LSC scientist of soybean biotechnology and chair of the symposium’s local organizing committee. “Just at dinner the other night, you could hear people talking and saying ‘We should do that together.’ You get people together and they collide, and good things come from that. The whole idea of these symposiums is try to increase those collisions.”

As those involved share new research and ideas, these collaborations create opportunities. A former student in Stacey’s lab recently received a doctoral degree from both universities as part of a joint-doctoral degree program. Undergraduate Korean students can also complete a “2+2” degree, where students can begin their studies with two years at GNU and finish with two years at MU.

“Getting our students to interact with Korean students and Korean faculty expands their horizons, gets them in contact with other cultures and is really part of creating an intellectual environment where students can grow,” Stacey said.

For Stacey, the symposium has also brought valued friendships. “After you’ve been over there, and you know these guys for eleven years, it’s like your cousin coming home,” he said. “You’re not a visitor anymore. You’re like part of the family.”

For more information about the science exchanged, visit http://staceylab.missouri.edu/symposium.

« The next Martians: the common bean?» BPA rewires the sex of turtle brains