April 25, 2019 By Danielle Pycior in Events and speakers Tags: DNA 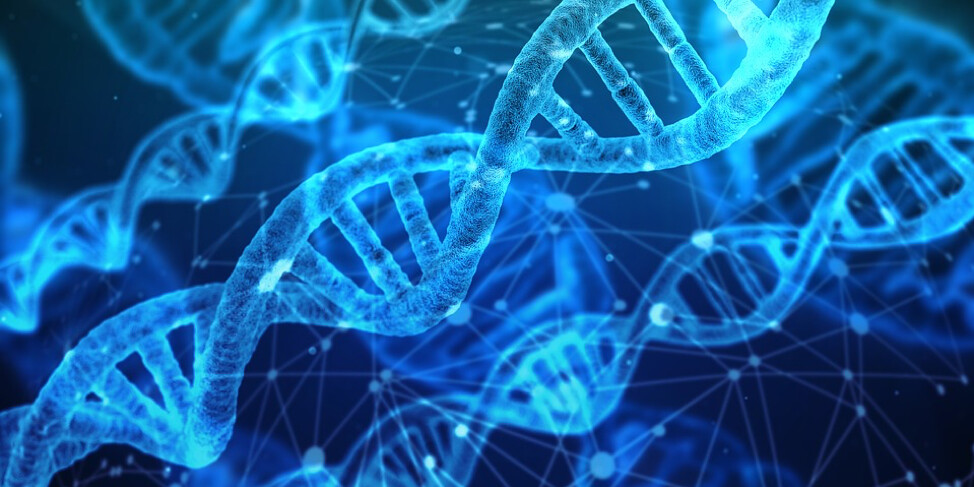 In 1865, after a decade long search into patterns of inheritance, Gregor Mendel discovered how individuals receive traits from their parents. Through working with pea plants, he found that genes come in pairs and are inherited as distinct units. He tracked those genes through dominant and recessive traits. Like many vital scientists throughout history, Mendel wasn’t appreciated in his own time due to his unpopular ideas. Now seen as the “father of genetics,” Mendel is recognized as the scientist who began the genetics revolution.

“There’s been an immense amount of progress even in the last two decades,” Warren said.

While one cell’s DNA unraveled is around 1.2 miles in length, the entire DNA strand in a human body is equivalent to 120 billion miles, twice the diameter of the solar system.

“What fascinates me is decoding the genetic blueprint of life, comparing it to other closely related species and trying to understand how that species is unique and different,” Warren said.

Throughout his career, Warren has been able to work closely with what he calls the ‘blueprint for life.’ Through incredible scientific advancements, he’s been able to decode the genomic code of various species, paving the way for understanding and discovery.

But this rapid advance in the modern era moved much slower after Mendel’s initial discoveries. It wasn’t until the 1900s that Mendel’s work was rediscovered and taken seriously, and by the 1940s, Oswald Avery, an immunochemist, discovered DNA to be the transforming factor of genes. A paper he published outlining this assessment then inspired Erwin Chargaff, who discovered that DNA composition is species specific.

A few years later, James Watson, Francis Crick, Maurice Wilkins and Rosalind Franklin discovered the double-helix structure of DNA. By 1962, the three men won the Nobel Prize for Physiology and Medicine for the discovery. Though the high-resolution X-rays Franklin took of DNA fibers led to the discovery of the double-helix structure, she was not awarded along with the three men, having died of cancer a few years earlier. Over the next six decades, scientists discovered rapid DNA sequencing techniques, various diseases associated with certain genetic markers, ways of cloning animals, how to decode chromosomes and many other revolutionary advancements.

DNA is something that connects every species on the planet. On the outside, it might look like we are extremely different, but on the inside, biological systems allow for each of our existence in a way that is relatively similar throughout any species. Warren enjoys understanding and dissecting the micro levels of that existence to understand how it influences who we and other species are.

In the future, Warren predicts personalized medical experiences where each person’s genomes are on file for doctors to see, helping to anticipate needs and revolutionize the way doctors are able to treat diseases. A century ago, it would have been unfathomable for scientists to image the profound advancements the field has seen, and yet they have only begun to see what is possible.