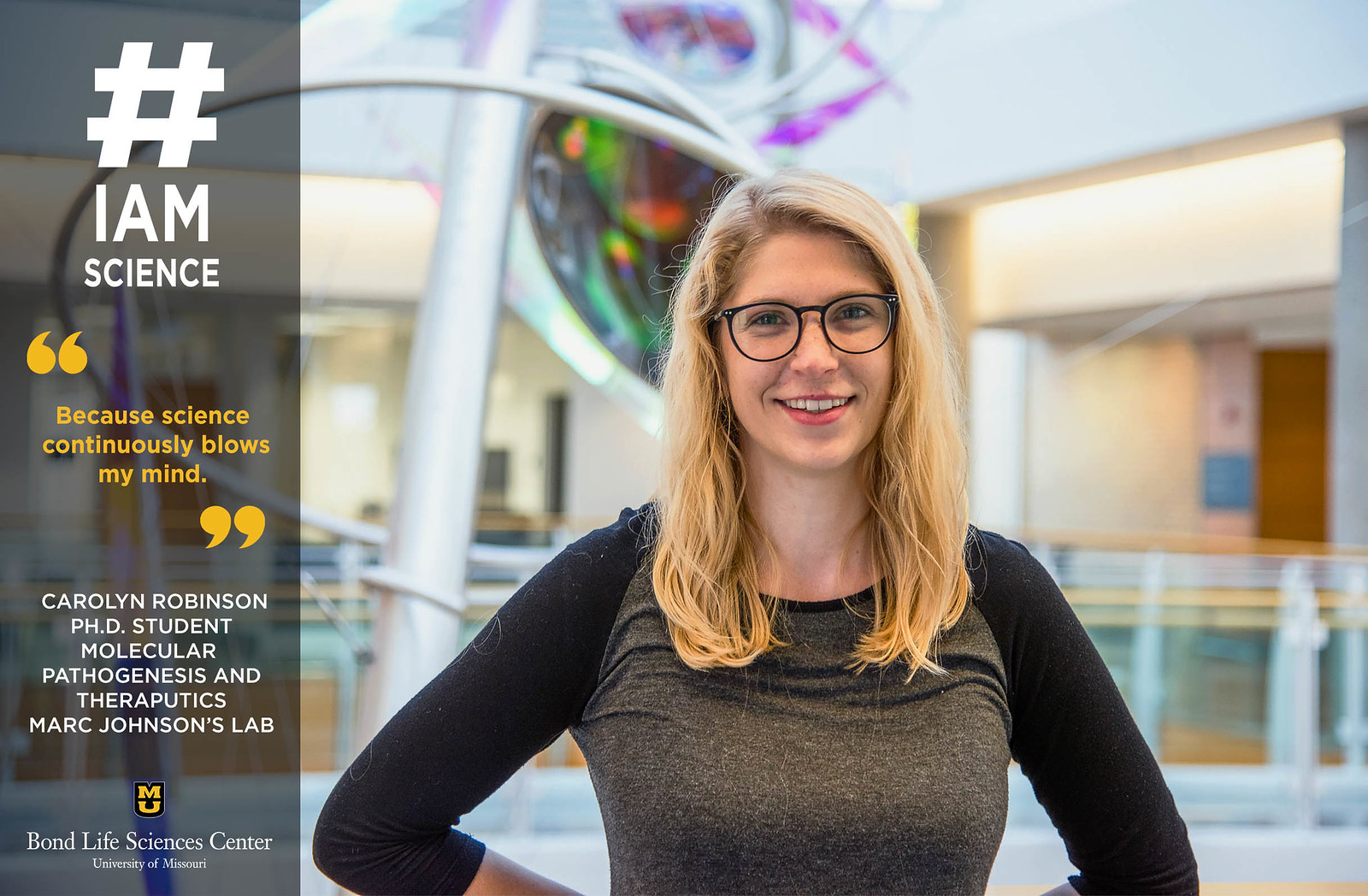 When Carolyn Robinson was a kid, she was fascinated by the world around her. She remembers putting scabs under magnifying glasses and squishing bugs to try and understand the oddities of the world.

“Science continuously blows my mind,” Robinson said. “There’s always something where you almost don’t believe it at first, and there is so much we still don’t know, even about something as simple as a virus.”

As a now 3rd-year graduate student working on her Ph.D. in molecular pathogenesis and therapeutics in Marc Johnson’s lab, she is still attempting to make sense of the puzzling things around her. She screens potential compounds that might block VPU, a protein that helps HIV escape the host.

Robinson grew up with parents who taught her the value of solving a puzzle on her own. She said this influenced her and gave her curiosity more direction throughout her life.

“My dad’s favorite quote was there’s more than one way to do anything, so if I was frustrated about something he’d encourage me to find a new way, or if I didn’t know how to spell a word he’d give me the first letter and make me find it in the dictionary,” she said.

Though she enjoys the small victories of solving puzzles, she said it can be easy to get lost in the day-to-day of research and lose sight of the big picture. When she faces a challenge or needs to clear her mind, she takes a 15-minute walk around campus to gain perspective, and the possibility of learning something new keeps her interested and excited throughout her research.

“You don’t expect to want to come in at 9 p.m. to check on some cells,” she said laughing.

During her undergraduate degree in cellular and molecular biology at Depaul University in Chicago, a mentor helped her realize her interest in doing research. After interviewing with different graduate programs, the experience she had with MU drew her in. She loves the atmosphere of not only her lab but of the community inside Bond LSC.

Though she isn’t certain where her studies will take her, she hopes to continue learning and participating in the community that science generates.

“I hope to be able to get science out into the community and explain science in a way that makes people who don’t have a degree in it to find it as interesting as I do,” she said.