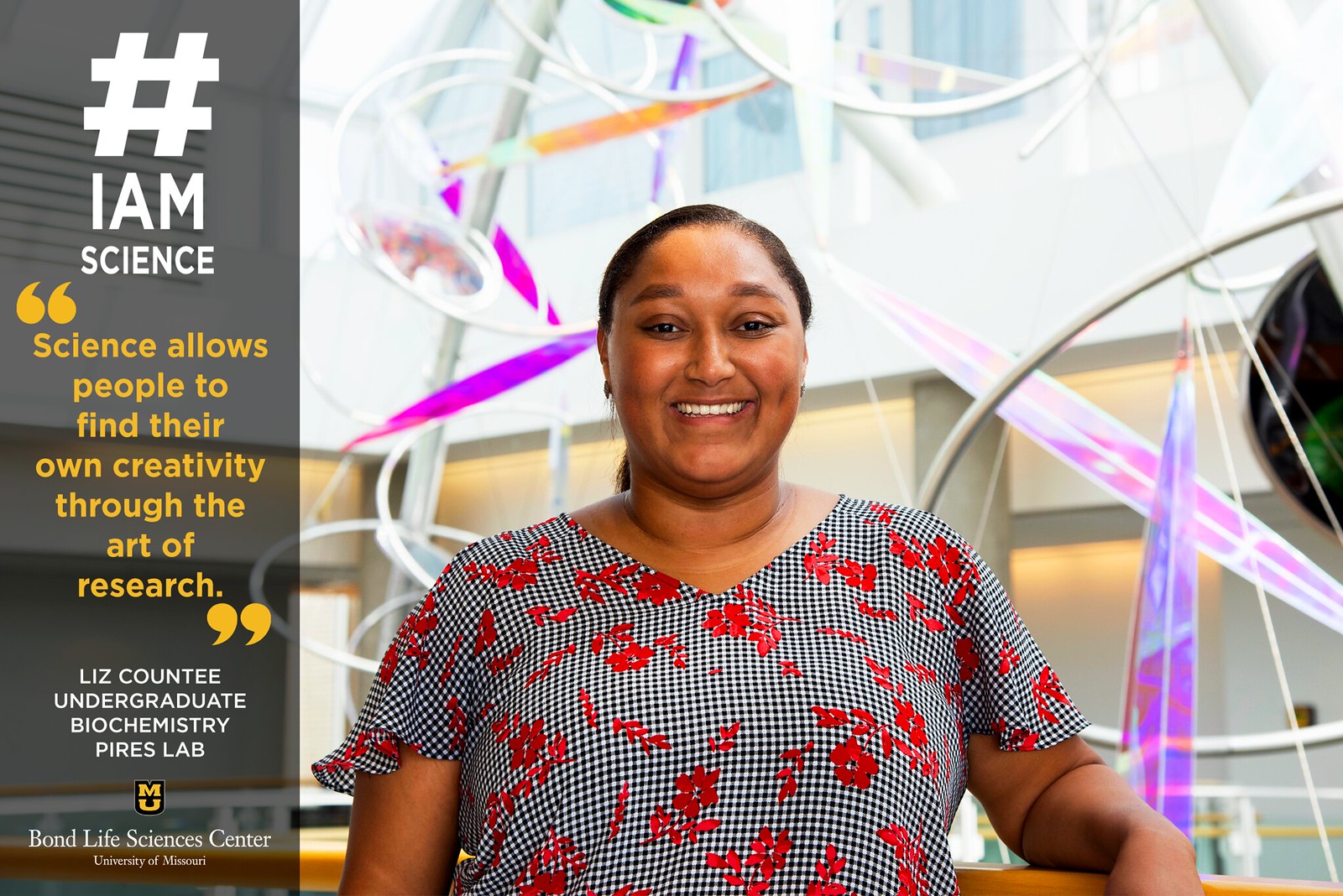 #IAmScience because science allows people to find their own creativity through the art of research.

Every Friday afternoon, the Pires lab can be found in the greenhouse washing pots and cleaning up, and while this could easily be seen as a mundane part of the week, Liz Countee sees it as an opportunity to joke around and enjoy the company of her awesome team.

“I love being surrounded by so many other people that are extremely intelligent and passionate,” she said. “It’s such a great group of people and it’s more than a place to work and do research, it’s a community in itself.”

Countee, an undergrad studying biochemistry, has been in the Pires lab for a year and a half now and has really cherished the experience. Recently, she has been working on coding genome-wide association studies. She said what used to be a foreign concept to her has become an opportunity to grow and progress in new areas. Her mentor and labmates have helped push her in a positive direction throughout her time in the lab, and she loves that there’s always someone looking out for her.

“I’ve gained confidence in being a researcher and my abilities to learn new things even though they may be out of the realm of what I’m used to,” she said.

Though some projects she’s worked on in the lab have been an intellectual reach for her, she’s learned that taking that leap into something new, even if she fails at first, is one of the most beneficial things one can do in life. In research, a lot of things don’t work out, so getting used to multiple tries has been one of the biggest and most beneficial challenges she’s experienced in the lab.

“I enjoy the wider applications of research,” she said. “Of course what I’m doing seems like such a small part, but it can help general plant breeding programs or crop development, and so it becomes bigger. It makes me feel like my little part is making a difference because in the end when it comes together it’ll be one successful product that can benefit a lot of people.”

In May, Countee will receive her undergraduate degree and move on to a master’s program in the fall. After a summer of travel and enjoying those she loves, she plans to dive into a two-year program to become a genetic counselor. Her hope is to one day educate and counsel people on testing, treatment, genetic history and so on. Though she’s excited about her future career, she isn’t quite ready to move on just yet.

“If I had gone to a different university I would not have had such a great experience, and here I’ve really come into myself, and I realize now what I care about and what type of person I am. I’m really grateful to have been here.”

More than anything, she’s grateful for her time at Mizzou and in the Pires lab. She said it’s become more than just a job to her and she values the community she gets to experience.