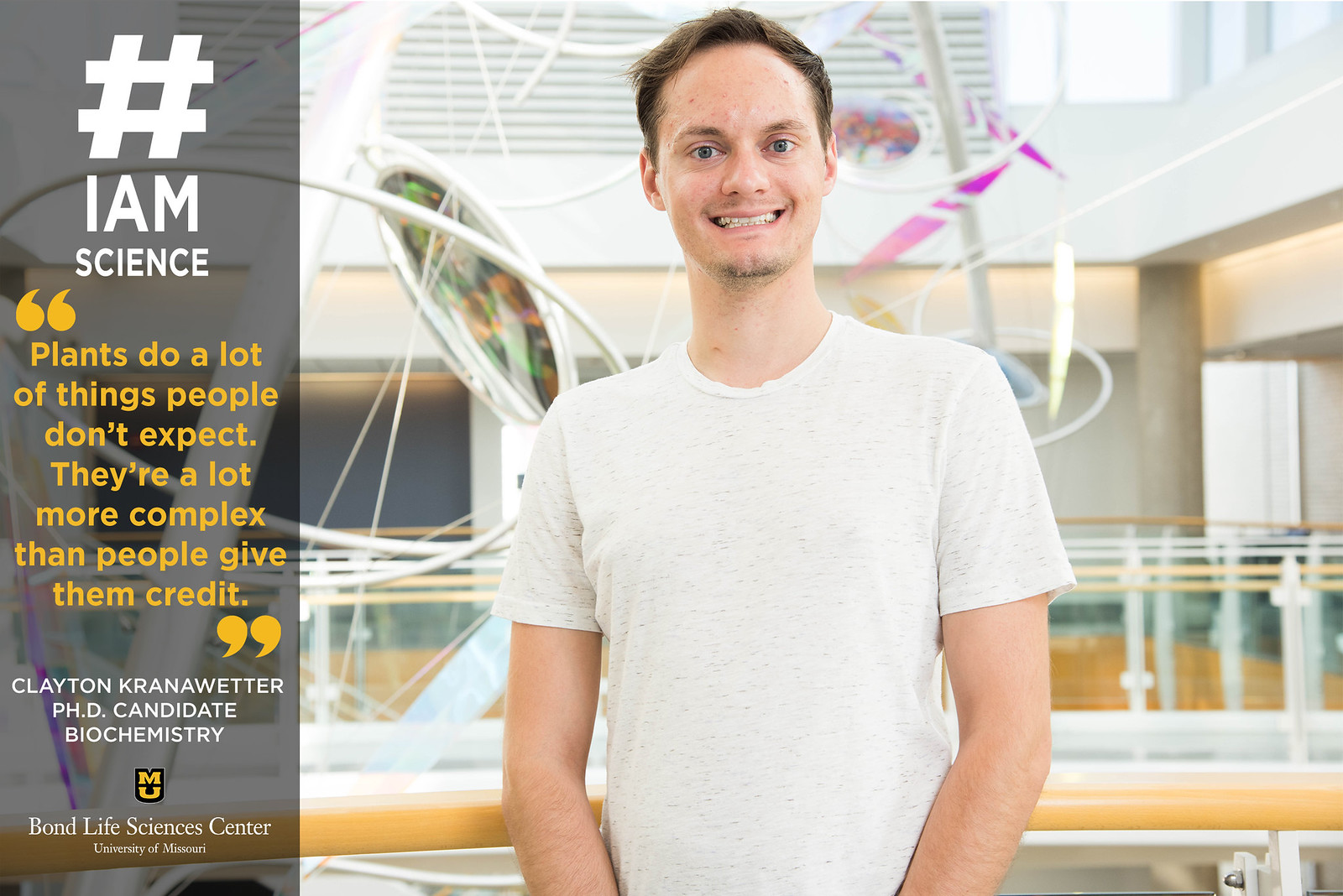 Taking things apart to figure out how they function was a huge part of Clayton Kranawetter’s childhood. From dismantling his parents’ old computer to disassembling a baseball pitching machine, he’s always been curious about the way things work.

Kranawetter always looked for old machines or items that weren’t being used anymore to take apart and analyze. The comical part is that he never put them back together.

Throughout his life, Kranawetter has carried a sense of curiosity about him that has led him to learn new hobbies or languages such as knitting or French. Additionally, in high school, he took part in a wide array of clubs such as service-learning, health professions and 4-H. He frequently looked for new projects to tackle and is currently tackling cooking.

“It may not be a scientific type of thing, but I still love to learn how to do new things,” Kranawetter said. “I’m really inquisitive and I wonder how things work. If I don’t know how something works, I think to myself ‘I’d like to give that a try sometime’.”

Now, as a fourth-year Ph.D. candidate of biochemistry, Kranawetter brings his broad range of interests into his research and plans for his future.

As a biochemistry undergraduate at MU, Kranawetter studied the hepatitis C virus. During lab rotations in the first year of his program, he visited labs studying protein crystallography, ribosomal functions, and transmembrane receptor function in bacterial chemotaxis. However, he decided to join the Sumner lab due to his interest in metabolomics, his love of plants, and because it gave him the opportunity to explore a field in which he had no previous experience.

He remembers being particularly drawn to cutting-edge technologies and the comradery with the lab members.

For his thesis dissertation, Kranawetter has been studying root border cells — the first line of defense against soil pathogens. The cells are tightly adhered to the tip of the root and secrete compounds that are involved in plant defense and facilitate host-microbe interactions.

He hopes to better understand this system to shed insight on how plants use metabolites to defend against pathogens and facilitate beneficial interactions with commensal microbes. Soybeans, in particular, nodulate at their roots and these innocuous bumps turn atmospheric nitrogen into nitrogen usable by the plant. Kranawetter is interested in taking that natural nitrogen-fixing process and applying it to non-nodulating plants. Doing this would decrease dependency on nitrogen fertilizer and subsequently lessen its impact on the environment.

“One of the nice things about having a broad skill set is that you can go do a lot of different types of research. I don’t feel that I’m confined to plants since I have a background working with RNA and bacterial systems, and metabolomics can be utilized in a broad range of scientific studies, so I feel I can go many different places.”

Kranawetter enjoys analyzing things on a small level and understanding how it fits into broad contexts. For him, science is important because it can further understanding of the world around us and could lead to better research methods down the road.

“A lot of pharmaceutical drugs come from plants originally. Some of the compounds that we discover might be studied later on as potential therapies,” Kranawetter said. “Plants do a lot of things that people don’t expect. They’re a lot more complex than people give them credit.”

« Exceeding the Challenge» A blight-free future