September 21, 2020 By Becca Wolf in Uncategorized 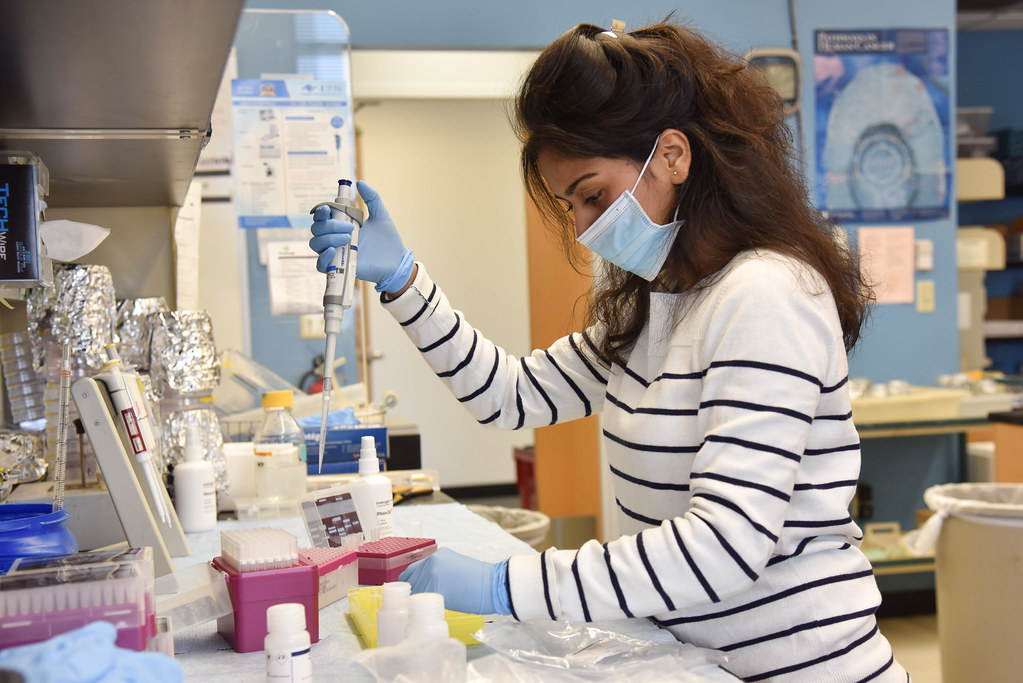 When one thinks of copper, they often think of a shiny new penny. A striking engravement of Abraham Lincoln’s side profile with the words, ‘In God we trust’ engraved over his head. This, however, is not the case for Nikita Gudekar.

Gudekar, a genetics area program Ph.D. candidate in the Petris lab, thinks of copper and gets inspired.

Copper is an essential element in the body that has many roles such as energy production, the formation of blood vessels, protection against reactive oxygen species, and so on. However, the body must maintain a balance of this metal because too much or too little could cause disorders such as Wilson’s Disease and Menkes Disease. Both neurological diseases can be deadly without treatment.

Two proteins that help balance copper are ATP7A, a copper exporter, and Metallotionein (MT), a copper binding protein. Knowing these play a crucial role in copper homeostasis, Gudekar created four cell lines to test just how much of a role ATP7A and MTs play in regulating the balance of copper.

Comparing the four, Gudekar realized the significance of each protein in copper homeostasis. 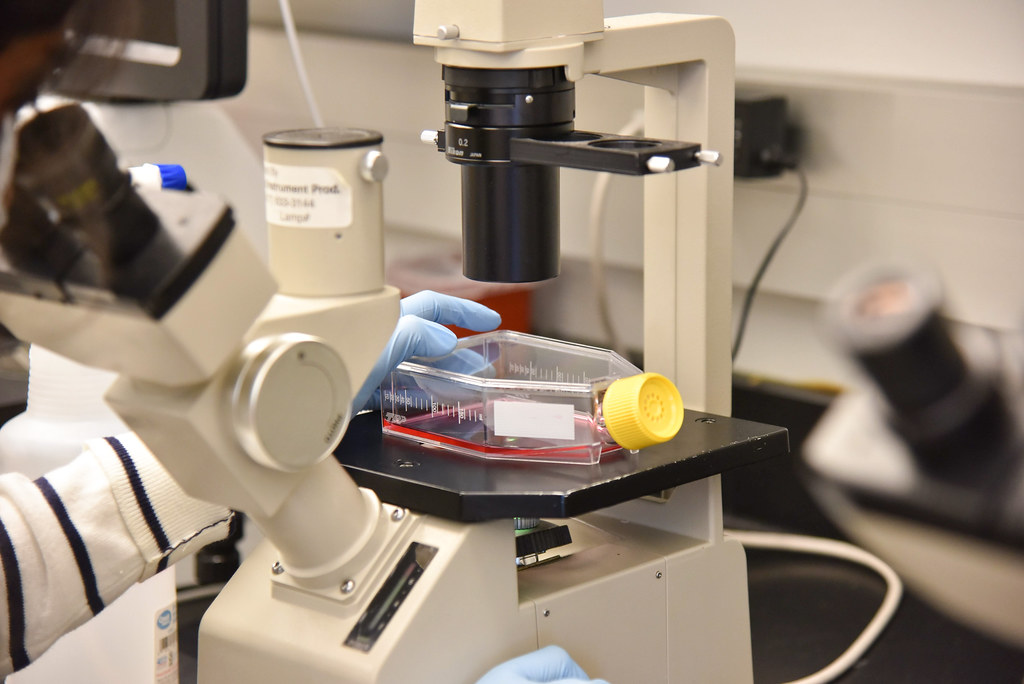 Nikita Gudekar looking at the cell lines through a microscope. | photo by Becca Wolf, Bond LSC

“As I was doing the experiment, I realized that these cells lines could not only be used to study copper homeostasis but also to discover novel genes in copper metabolism and diseases,” Gudekar said, “So we knew that this has got a lot of potential. And it might take some time, but we will get something out of it.”

In the cell lines where neither ATP7A nor MTs were present, there was a hyperaccumulation of toxic levels of copper which prevented the growth of the cells in the cell culture medium. However, when one or both proteins are present, the cells can survive, even in excess copper concentrations. This suggests that ATP7A and MTs may function to safeguard against copper toxicity. With this knowledge, there is potential for better understanding copper metabolism during pathological copper deficiency in humans.

However, the lack of MT results in trafficking ATP7A from its normal steady state localization in the trans Golgi complex to the plasma membrane, which only occurs when there is an excess amount of copper in the cell. With MTs present, ATP7A is stabilized and this does not happen. The discovery of this novel regulatory mechanism suggest that both proteins contribute to cellular copper homeostasis.

The most important aspect of this research was the discovery of the cell line with neither ATP7A nor MT present. This cell line is extremely sensitive which can be used to isolate novel copper metabolism genes in the future.

“The extreme sensitivity of ATP7A and MT knockout cells to copper represents an opportunity of using these cells to identify novel copper tolerance genes,” Gudekar said, which is her current thesis project.

“It has become more exciting are this point,” Gudekar said, “We have isolated a novel copper metabolism gene that allows the sensitive cells to now live in copper.  Our current focus is to understand the molecular mechanism of how this gene regulates copper homeostasis.”

Using the momentum of her new discovery, Gudekar hopes to find more genes that are involved in copper homeostasis.

“Knowing that something you’ve created is now being put to use to discover novel genes that could be potential drug targets in a disease is very fascinating, it’s really satisfying to see that,” Gudekar said.

« #IAmScience Kinjal Majumder » Beyond the Vaccine