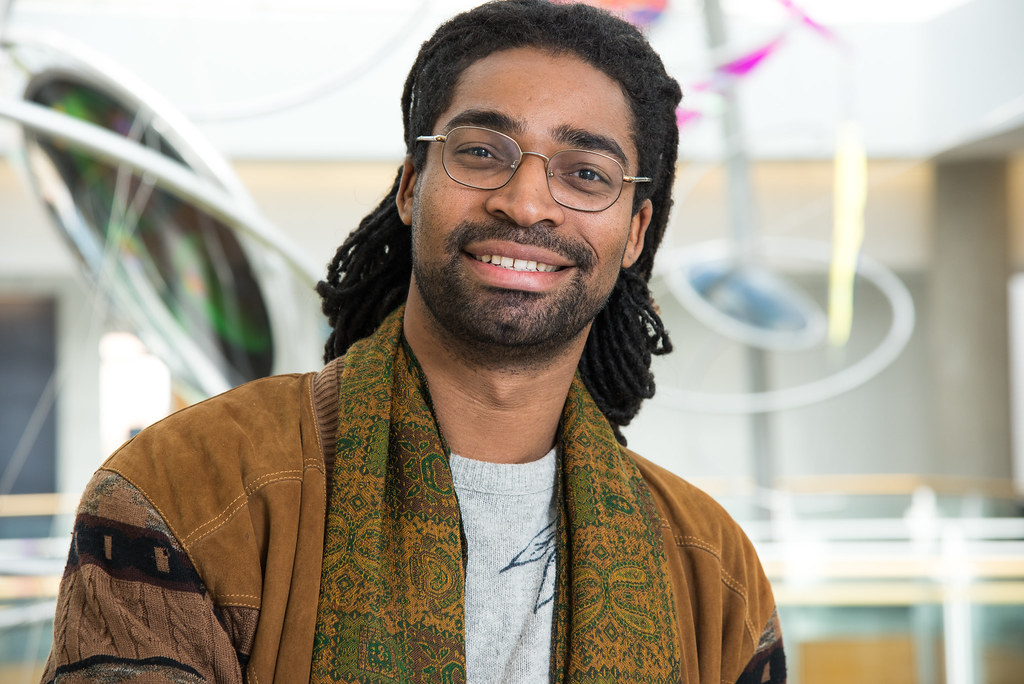 Last summer was emotional for many people throughout the country. Movements like Black Lives Matter led many to reflect of the role race plays in society, and to act.

Scientists like Shawn Abrahams used that as inspiration to look more closely at what career options are available for botanists, paleobotanists, and plant scientists outside of research. Abrahams felt compelled to capitalize on that energy and inspire fellow minorities.

“There’s a rich history of black people being involved in botany and plant taxonomy that is not necessarily well known,” said Abrahams, a Biological Sciences Ph.D. student in the Chris Pires lab at Bond LSC. “Maybe people know about George Washington Carver and that’s it, but there are so many more.”

Abrahams is gearing up to host an online seminar and video series to expose people to opportunities in the plant sciences world and teach people about important African American scientists who often get overlooked.

A persistent issue is exposure to the possibilities. For those with no scientists in their family or a lack of knowledge in career options, just hearing about the paths of others can be highly inspirational.

“There’s a lot of misconception around what a career can be and for first generation college students a big thing that sits on their shoulders is whether or not they will be able to make money. They need a guarantee that there’s financial security at the other side,” Abrahams said. “Do you try to become a biologist or a botanist, or are you going to pursue the degree and career that the community understands like a [medical] doctor? I want to expose students to what they can do in these fields and talk to people who have established careers and hear how they got from point A to point B, and how that has sustained them.”

Abrahams reached out to David Schulz, director of biology at Mizzou, to inquire about funding his idea. Schulz suggested the Ernest J. Palmer Memorial Scholarship Fund for palentology and systemic botany fit perfectly to fund the endeavor, and the Division of Biological Sciences at Mizzou and Abrahams’ mentor, Dr. Pires, also provided additional support.

“What are the chances that a talented student like Shawn comes along and I see the words ‘systematic botany and paleontology’ associated with one of our endowment funds?” Schulz said. “And then Shawn put a proposal in front of me that mentions paleobotany, and my reaction was that it’s got to be fate, so let’s make this happen.”

Inspired by the Black Lives Matter movement after the death of George Floyd last year, Abrahams is using this outreach to also talk about how racial profiling and racial microaggressions impact a person of color’s professional development.

“When looking for what I wanted to do specifically in plant sciences, I had to think about the fact that I get more microaggressions when I’m in certain spaces,” Abrahams said. “The entire time I just want to study science, I don’t want to have to think about if it was safe for me or if I would face backlash, but sometimes I would experience microaggressions like, ‘Oh that hat you’re wearing makes you look gangster,’ when it’s just a beanie cap I’m wearing because it’s cold outside. Those kinds of things made me not necessarily feel like I was welcome studying biology.”

Abrahams — who goes by the pronouns they/them — does not want other people to experience things that they have. They decided to see what they could do here at Mizzou to make people feel more included and more knowledgeable on what their future can be.

“A group of botanists created #BlackBotanistsWeek last year that supported this idea, highlighting that we’ve been here, we are still here and the amazing work that we’ve been doing,” Abrahams said. “This semester, I want to take that same energy and expand it to reach the Mizzou undergraduate experience.”

Abrahams plans on highlighting researchers from around the country detailing their journey in plant sciences and botany as well as a talk educating people on notable African American botanists, such as York, the enslaved man that traveled with Lewis and Clark who collected and recorded new plant species they found on the expedition.

“Although the credo of this program is to expand plant taxonomy interest to black students, we’re not just targeting black students,” Abrahams said. “We want all students to be able to benefit and hear about this history and amazing biological work that’s being done.”

The program will be online April 22nd from 4:00-5:00 p.m. CST and a video will be made available after the event. People interested in the event can register here or at the link below.

“Even if this changes one person’s life in terms of ‘I had no idea I could do X for a living, or that there was even a field called paleobotany’ or ‘I’ve always thought this was fascinating, but I just thought I was on my own,’ this is well worth it,” Schulz said. “For me it’s about changing that trajectory for a student who didn’t know something was possible, and then their whole life pivots from that that movement forward. I hope that there’s somebody out there that will see this and benefit from it in this way.”

While organizing an entire online seminar and workshop series can be hectic at times, especially for a Ph.D. student graduating this semester, Abrahams knows their hard work will pay off.

“I could just focus on my own career,” Abrahams said. “But I don’t want to get to the end of my career and be alone where there aren’t any other black people or people of color or we’re all too afraid to speak out and lose our jobs from talking about microaggressions, talking about violence and fear that we might have. I don’t want to be in that space. So, as of now, I’m committed to doing the work.”

For more information on the event and to register, fill out this Google form.