We find copper in currency, electrical equipment and jewelry, but it also plays an essential role within our bodies. From its use in the production of red blood cells to maintaining healthy bones, blood vessels, nerves and immune function, a tiny level of copper makes us function.

But recent research points to a darker side: its function in cancer. Numerous animal studies have demonstrated that elevated levels of copper are found in tumors suggesting a critical requirement of this nutrient in tumor growth. Subsequent clinical trials have shown that restricting copper uptake prolongs the survival of patients with late-stage breast and kidney cancers.

Scientists in the lab of Michael Petris, a Bond Life Sciences Center principal investigator, have spent the last several years looking at this connection to try to figure out the specific requirement of copper in pathways that may contribute to cancer progression. Postdoctoral Fellow Vinit Shanbhag published research to that effect in the highly regarded scientific journal Proceedings of the National Academy of Sciences (PNAS) earlier this year.

“Blocking the delivery of copper to LOX family enzymes could be a powerful means to block LOX-mediated pathologies,” said Shanbhag.

To date, functional roles for LOX family members have been documented in breast, colorectal, prostate, gastric, hepatic, pancreatic and head and neck cancers, as well as cancers of the skin, including melanoma.

“In general, cancer has two important forms which are tumorigenesis and metastasis. Tumorigenesis is the formation of a primary tumor,” said Shanbhag. “It is easy to solve that problem because you can have surgery to remove a tumor, but if the tumor cells spread to different organs of the body, like during metastasis, that’s a serious problem.”

According to a study published by the National Center for Biotechnology Information, metastasis is responsible for roughly 90% of cancer deaths, an estimate that has changed very little in more than 50 years. Thus, scientists aim to prevent the spread of cancer cells to different organs.

The path to inactivating LOX family members starts with a gene dubbed ATP7A. The ATP7A protein plays an important role in moving copper in and between cells as well as regulating copper levels in the body. Shanbhag has discovered that blocking ATP7A function results in the inactivation of multiple LOX family members thereby inhibiting tumor growth and metastasis.

Shanbhag and his team first utilized CRISPR-Cas9 system to knockout ATP7A copper transporter gene in breast and lung cancer cells and demonstrated that cells lacking ATP7A have significantly reduced LOX activity relative to the wild type cells. His lab bench model of 4T1 breast and lung cancer cells looked at how the cells migrated after they are separated by scratching through the cells. Cells lacking ATP7A resulted in loss of LOX-dependent mechanisms of metastasis and had a defect in motility and did not migrate as well as compared to the wild type cells.

Next, Shanbhag and his team tested the tumor-forming and metastatic ability of the cells lacking ATP7A in mice models.

“The tumors formed by the cells lacking ATP7A were smaller, as compared to the big tumors that are formed by the wild type cells,” Shanbhag said. “The most significant part of the study was a reduction in the metastatic ability of the ATP7A deleted breast and lung cancer cells in tumor-bearing mice. We measured the metastatic nodules in the lungs of the tumor-bearing mice and found that there were higher numbers of wild type metastatic nodules relative to the significantly fewer number of nodules formed by the ATP7A deleted cells”.

Now Shanbhag’s and his collaborator’s attention has turned to whether ATP7A can be shut down in human cancers as a way to aid in treatment.

“Obviously you can’t delete the gene in humans because the ATP7A gene is important for other functions,” Shanbhag said. “The solution is a drug to block ATP7A function for a particular time period.”

The next step of his research is to find a drug that will block ATP7A’s function in humans.

“We have collaborated with Dr. Kamal Singh from Bond LSC to discover drugs that block ATP7A function. We’ve already discovered a compound we call MKV3. M stands for Michael Petris, K stands for Kamal Singh and V stands for Vinit.”

Although the researchers are in the process of testing the compound in animal models of cancer, it’s proven to be a potent blocker of ATP7A in cell-based experiments. The compound’s patent application is currently being reviewed by the University of Missouri.

“This drug could potentially be commercialized. Our goal is that the compound will function as well in the animal models as it does on the lab bench,” said Shanbhag. “Fingers crossed.” 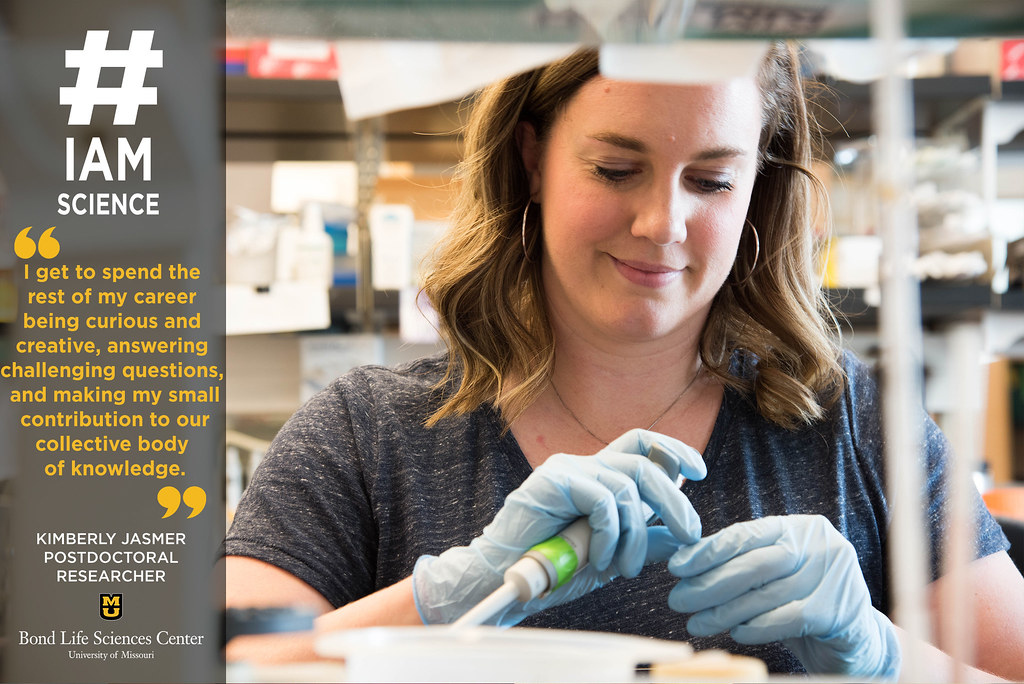