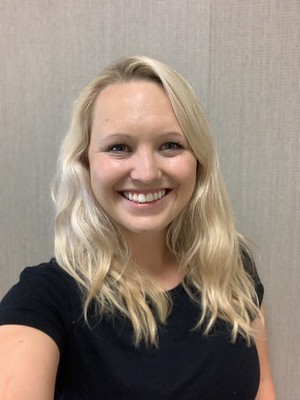 It provides Diller Costello with funding to pursue her work on muscle and blood vessel regeneration for three years.

The fellowship comes as a result of her proposal titled, “Signaling in the Microvasculature During Skeletal Muscle Regeneration.” Diller Costello’s research focuses on the coordination between muscles and blood vessels during muscle regeneration in adult mice. Diller Costello is also developing a novel method of 3D co-culture using primary muscle and endothelial cells to expand her investigation.

The study is part of a collaboration between the Cornelison lab at the Bond LSC and the Segal lab in the Medical Pharmacology and Physiology department at the MU School of Medicine.

Thomas Braun, a researcher with the German-based Max Planck Institute for Heart and Lung Research, visited MU for a Bond Life Sciences and Mizzou Advantage seminar.

The Max Planck Institute aims to find treatment for heart and lung disease. Part of its research focuses on stem cells and how they can decrease damage done to patients’ tissues who suffer from heart or lung disease.

Many components can interfere with effective muscle regeneration and a lot of those this components are connected to cell death.

When cells become obsolete they activate a cell program to commit suicide. This cell death comes in the form of apoptosis — normal programmed cell death triggered to eliminate old, unnecessary or unhealthy cells — and necroptosis that is a death by inflammation to counter viruses and other disease.

Braun said when muscle fibers break down there is lots of killing of cells.

“We wanted to see if we take the muscle stem cells out of the tissue and put them into a dish whether they would still maintain this increased function to undergo program cell death and quite interestingly this enhanced tendency to go into cell death is actually maintained even after a few different transitions in vitro,” Braun said describing a particular experiment.

This increase cell death, Braun hypothesized, is caused by changes in the chromatin, a complex of DNA and protein.

To better understand exactly which cell death program was responsible for this increase, Braun’s team repeated the experiment but block certain components. This led them to discover the increased cell death correlates with an increase in necrosis.

Braun also believes there are some epigenetic mechanisms involved. Epigenetic involves biological mechanisms that switch genes on and off.

CDH4 is a component of a complex within this epigenetic function. The larger complex is a repressor and keeps the chromatin together. The researchers thought CHD4 might be what is acting on the pathways

“This actually goes along with a massive increase in cell death so this lack of proliferation of the fiber is simply dependent or caused by the cell death of these satellite cells. They undergo cell death and therefore cannot proliferate,” Braun explained.

There are still many questions and experiments that lie ahead to figure out the details involved.

Braun’s talk was made possible by the support of Mizzou Advantage and Bond LSC.