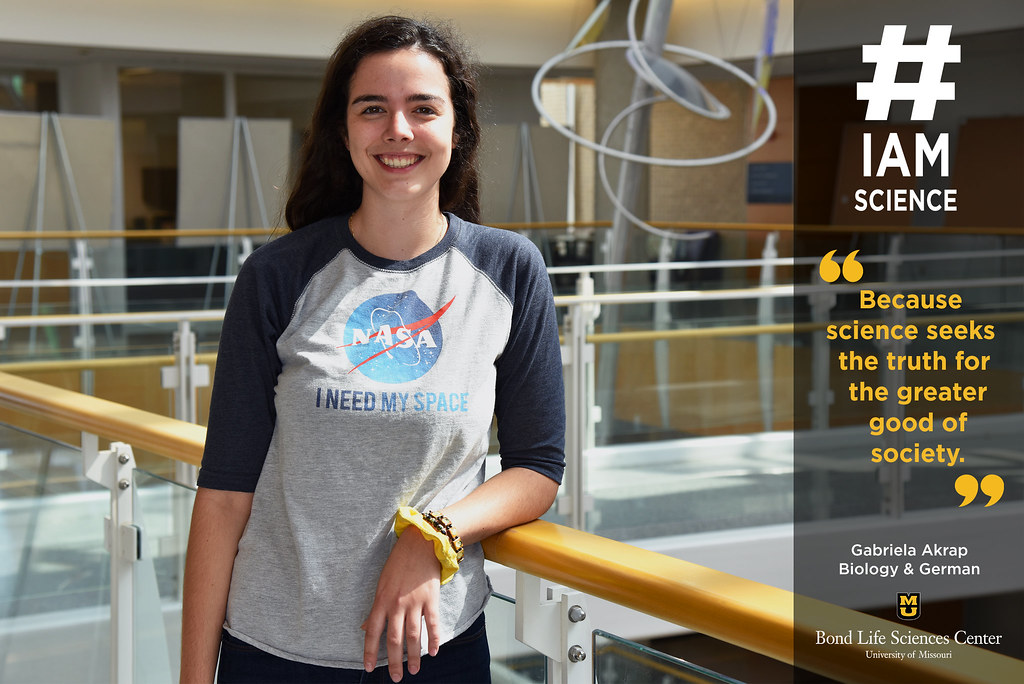 Being the youngest person in the lab has opened the eyes of this English, German and Croatian speaking undergrad.

Research was not always on senior Gabriela Akrap’s mind, until Ruthie Angelovici told her to apply for REU (Research Experience for undergrads). Being accepted started two months in Angelovici’s lab this summer that expanded Akrap’s science experience.

Akrap first was intimidated at first since she was younger that others in the lab, but soon came to feel comfortable.

“There’s so much information and so many different projects going on it’s sort of hard to grasp the general idea of what is happening,” Akrap said. “Once I got over that fear, everyone was and is so helpful. I couldn’t pick better people to work with.”

Akrap currently studies Biology and German, but is still exploring what she wants to do in the future. Being in the lab has given her a new perspective on a possible science career.

“It’s so important to get the truth and to get the truth out there,” Akrap said. “I believe in science for the greater good and it’s something I want to be a part of. You meet so many people that will help you with your future, everyone is so friendly in the labs because they love science so much. They pass the passion down to you and you start to have that passion in science.”

Akrap will either pursue med school or graduate school, a choice yet to be made. Akrap has always wanted to be a pediatrician.

“I think kids are so important,” Akrap said. “It’s important to educate the future generation, they are our future.”

The research Akrap does plays into her desire to help others. She is currently studying the amino acid composition in seeds.

“According to the world food program one in three people are malnourished,” Akrap said. “That’s probably due to the fact most of their diet is seeds, and most seeds lack several essential amino acids that your body needs.”

The goal is to understand the genetic regulation of these amino acids composition in the seed.

“You have 20 amino acids that make up every protein in your body,” Akrap said. “Some people might say they are the building blocks of life. My lab’s overarching goal is to make seeds more nutritious, meaning more nutritious food.”

Akrap wishes to solve the energy crisis as well as the food crisis.

From asking her mom ‘a bajillion questions’ growing up to now, Akrap’s fire for science has been maintained through moments in the lab.

“The cool thing about science is it’s absolute, in the end you can’t argue with facts,” Akrap said. “When I actually got results for the first time I was like this is so cool, science is so neat. A lot of things can go wrong, but once it actually works you have that little eureka moment.”