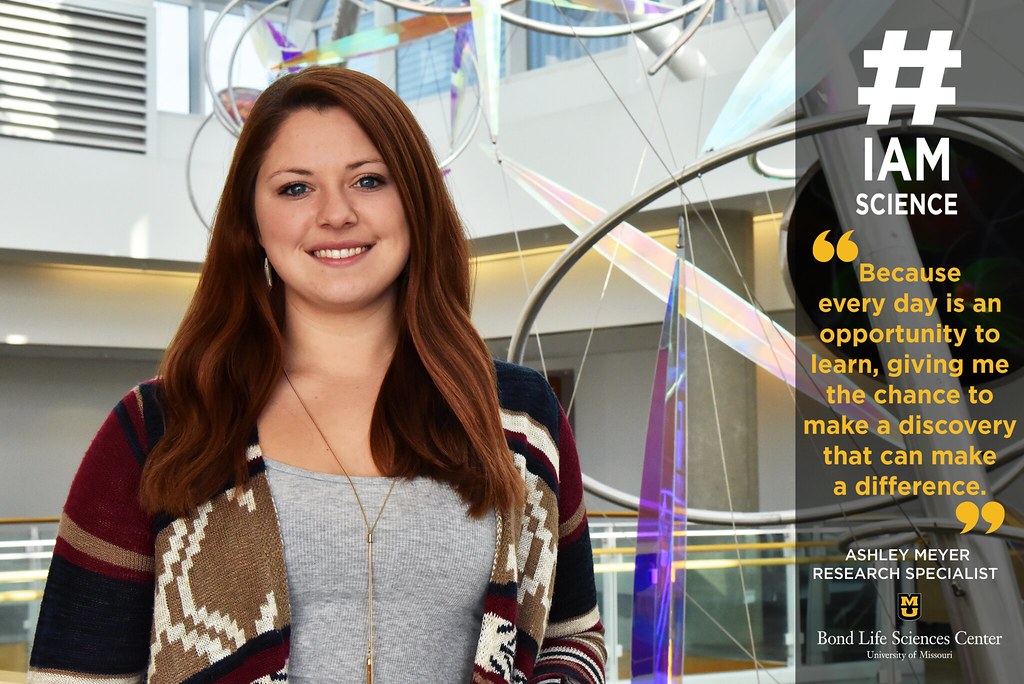 Situated in the Bond Life Sciences Center is an almost empty research lab on the fourth floor, which to some may look like an end but is really just a new beginning.

Inside you may find a few boxes of gloves, a stack of brightly colored test tube racks and a sole thermocycler sitting on the lab bench. You’ll also find Ashley Meyer, the first researcher hired on by Wes Warren.

“This is a brand-new lab. Dr. Warren came from Washington University in Saint Louis, and he didn’t bring anything with him so all the stuff you see here I just bought in the past two weeks,” Meyer said. “I’m still ordering things and learning all sorts of new protocols and helping to optimize systems.”

Warren hired Meyer to study genes associated with sexual dimorphism. Sexual dimorphism are differences between sexes that present themselves via behavior, physical traits and phenotypes.

“Single-cell RNA sequencing can be really beneficial for understanding diseases. Specifically, there are a lot of diseases that act differently for women and men,” Meyer said. “Women are more prone to get arthritis whereas men are more prone to get colon cancer. If we can understand what genes may be responsible and how they’re different between the sexes, it can be extremely beneficial.”

Meyer wasn’t always interested in genomic research, however. Much like her supervisor, Wes Warren, Meyer went to school in hopes of becoming a veterinarian but eventually found her passion for research.

“I originally wanted to be a vet, that’s a pretty popular answer,” Meyer said. “Once I got into animal science it was more livestock based and I realized that the vet school really wasn’t what I wanted to do and that I really enjoyed science.”

It wasn’t until after she spoke with one of her professors that she realized science and research was the path for her. Meyer completed her graduate degree in animal science focused on reproductive physiology and molecular biology at the University of Missouri.

“I studied reproduction in pigs and I loved it,” Meyer said.

For Meyer, being able to run her own lab will prepare her for her future.

As for the future, Meyer doesn’t foresee pursuing a Ph.D., but she has been told that there is nothing wrong with coming back. For right now, she wants a few years of experience under her belt before committing to another four to five years in school.

“I’m a big advocate for science in general and helping the general public understand science and be exposed to it,” Meyer said. “I think it’s easy for people to push it off to the side and say it’s not important when really it’s the basis for everything we have and do, especially in the medical field.”

« The start of an academic relationship» What makes us trust science?