What makes us trust science? 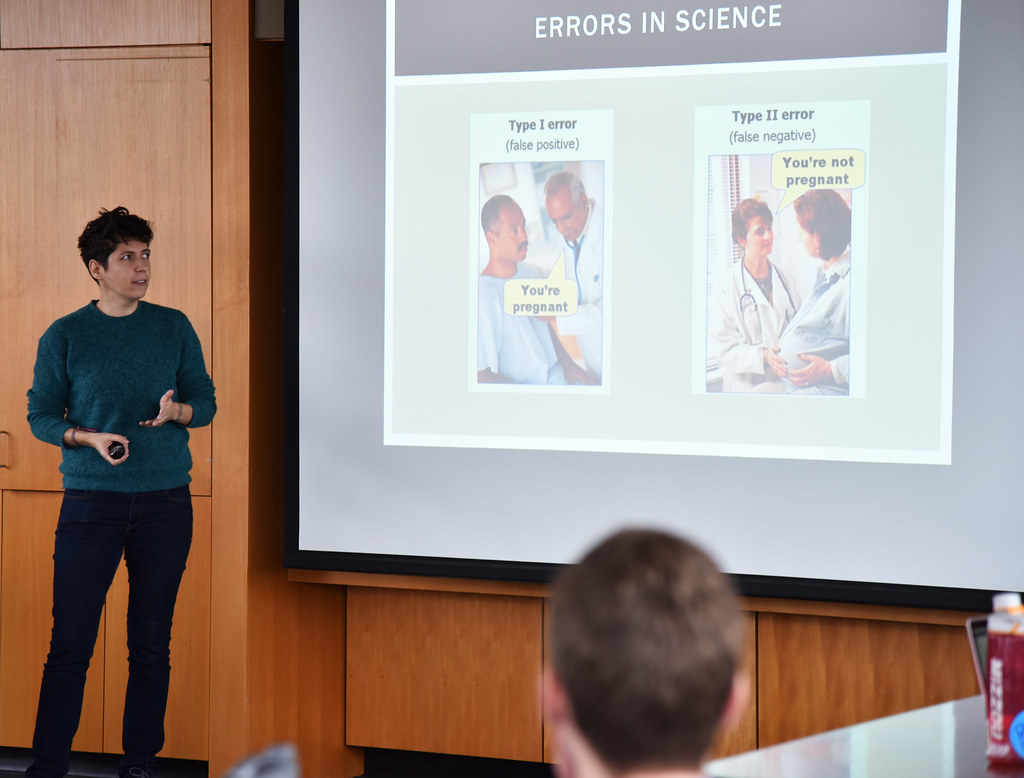 When Simine Vazire began teaching undergraduate research methods she focused on its difference from pseudo-science or nonscience, the value of the scientific method and the notion that science is self-correcting. However, it became harder for her to teach that lesson with a clear conscience as she began to grapple with issues of credibility and replicability in the field of psychology with her own research.

Vazire, a psychology professor from UC Davis, focused on these issues Monday, Feb. 4, in Bond LSC, as part of the Evolution and Social Science series. The talk, “The Credibility Revolution in Psychology,” centered on the idea that each scientific field should engage in critical self-examination to detect errors in theories and to improve them.

Upon beginning her research, Vazire found the false discovery rate to be high because many published findings were difficult to replicate and when studies were replicated, the pattern of results was inconsistent.

“I’m not embarrassed that we got things wrong, I’m happy that we’re figuring things out to make it better,” Vazire said. “But how do we make it better? I think we humans are the bug. We are not designed to be universalists who are communal, open and transparent, who like to question each other and challenge each other and so on. I think the key question for scientists to ask is ‘how would I know if I was wrong?’”

One way to help solve the credibility issue, Vazire suggests, is transparency.

“The more transparent we are, the more likely it is our errors will be caught,” Vazire said.

That means documenting every aspect of a study, verifying the claims, and letting the data and materials be viewable for other scientists to test, according to Vazire. Although transparency is necessary for credibility, it does not guarantee it. Studies need quality data and strong methods to back up claims.

In order for the science community to operate under a self-correcting system, Vazire recommends following four norms: universalism of status, communality of findings, disinterestedness and organized skepticism.

“I think this is good news,” Vazire said. “We didn’t know we were doing something wrong and now that we know we can fix it.”

The problem is bigger than individuals, and the science community as a whole needs to be dedicated to producing solid, verifiable claims, she said.

Now, Vazire challenges her students to be transparent in their research instead of advocating that science is self-correcting.

The Evolution and Social Science Speaker Series hosts presentations by scholars exploring evolutionary perspectives from an interdisciplinary framework. Speakers span the full spectrum of the sciences and the humanities, including biology, neuroscience, psychology, anthropology, economics, history, philosophy, and literature.

The series is held in 572 Bond LSC and its schedule can be found here.