How do plants take up and use iron?

For David Mendoza, a scientist at Bond Life Sciences Center, it’s not an inconsequential question. He works to decipher the answer in an effort to better fortify the food we eat.

“We need to understand how plants accumulate iron,” Mendoza said. “Iron is really important for plants and for us because iron is a critical part of proteins that help produce energy, especially for plants in photosynthesis. Without iron, plants are sick. Without iron, we get sick.”

His most recent published work further pinpoints where and how a plant senses the amount of iron, focusing on the leaves. Initially, previous researchers believed the iron sensor was in the roots because plants absorb water and nutrients from the ground. Scientists now describe a circuit of sensors in plants where the leaves sense the iron status of the entire plant and tell the roots to continue or stop uptake.

“It’s counterintuitive that plants sense iron in the leaves, but when you think about it, it does make sense,” Mendoza said. “Although the roots are the first tissue in contact with the soil, their sensor is local and can’t control the entire plant. Leaf signals are systemic and can integrate signals from the entire plant to tell the roots the plant status.”

After studying and comparing iron availability in the model plant Arabidopsis using different growth conditions, Mendoza and his team found that the abundance of different proteins, called transporters, were vital. Transporters can move water, nutrients and other molecules within the plant. In the leaves, they found that a lack of one transporter — Oligopeptide Transporter 3 — causes an over-accumulation of iron throughout the plant. Additionally, they found that this transporter mediates a ‘shoot-to-root’ signaling that prevents excess, potentially fatal, iron uptake at the root level.

By moving plants from iron-available conditions to iron-absent conditions, the team tracked the abundance of OPT3 and other genes over time. They found that the responsive genes in the veins of the plants respond quickly to varying levels of iron. Because iron is an extremely reactive metal, and technically a micronutrient, too much can be as bad as too little.

“There has to be a right balance of having the right concentration inside the cells, and how exactly plants achieve this homeostasis is not known,” Mendoza said.

Mendoza predicts he and his team will find several more iron sensors in the roots, leaves and vascular tissues of their plants. 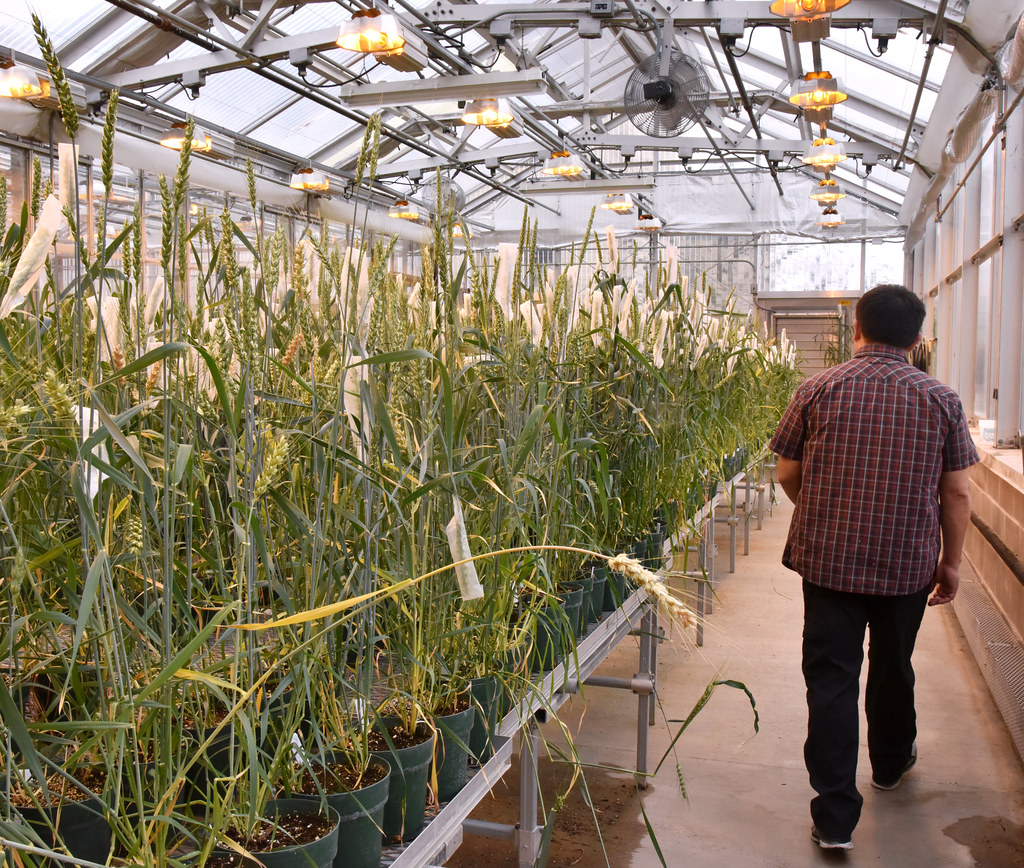 Standing on the shoulders of scientists before him

Mendoza credits the work of researchers before him for providing the toolbox necessary for his research.

“The reason we are where we are right now is because other researchers have found responsive markers for iron deficiency and, over the years, we have found that there are specific markers for roots and for leaves,” Mendoza said. “In the leaves, there are also different markers for different cell types.”

Knowing that there are iron sensing markers in different cell types, Mendoza and his team were able to ask a simple question — which cell responds faster to iron deficiency?

“The toolbox was already there, we just used it to answer this question and we discovered not only the leaves, but the veins are really sensitive to changes in iron deficiency and sufficiency.”

For Mendoza and his team, the challenge lies in the fact that plants don’t like to accumulate iron. They are working to better understand how to convince the plant to safely store more iron in a way that is available for humans.

“The trick in biofortification is to convince the plant to accumulate more iron in available tissues in a safe and bio-available way,” Mendoza said.

However, increasing the amount of iron in plants can have harmful effects if not careful. Mendoza proposes a double strategy to increase iron uptake in plants and express an iron storage mechanism to prevent iron toxicity.

We are what we eat

According to the World Health Organization, 80% of people globally do not have enough iron in their bodies and 30% of people are anemic. Iron is necessary for the body to generate hemoglobin so that red blood cells can carry oxygen to the rest of the body. This is why some people with low iron levels may experience dizziness, weakness and fatigue.

The main contributor to iron deficiency is our diets. Staples such as corn and rice supply a large portion of our calorie intake, however, they don’t have nearly as many nutrients as greens.

In the future, Mendoza also hopes to look into making plants more selective for nutrients even if they are grown in the presence of other toxic elements, such as cadmium or arsenic.

“Plants are one of the very few organisms that can do absolutely everything with raw elements,” Mendoza said. “They can synthesize everything. I want to understand how they are capable of doing that to fortify the food we eat.”

This research was published in the Journal “Plant, Cell & Environment” in March 2018 and was funded by the US National Science Foundation, CAREER, NSF EPSCoR, Department of Energy and the Vietnam Education Foundation Training Program.