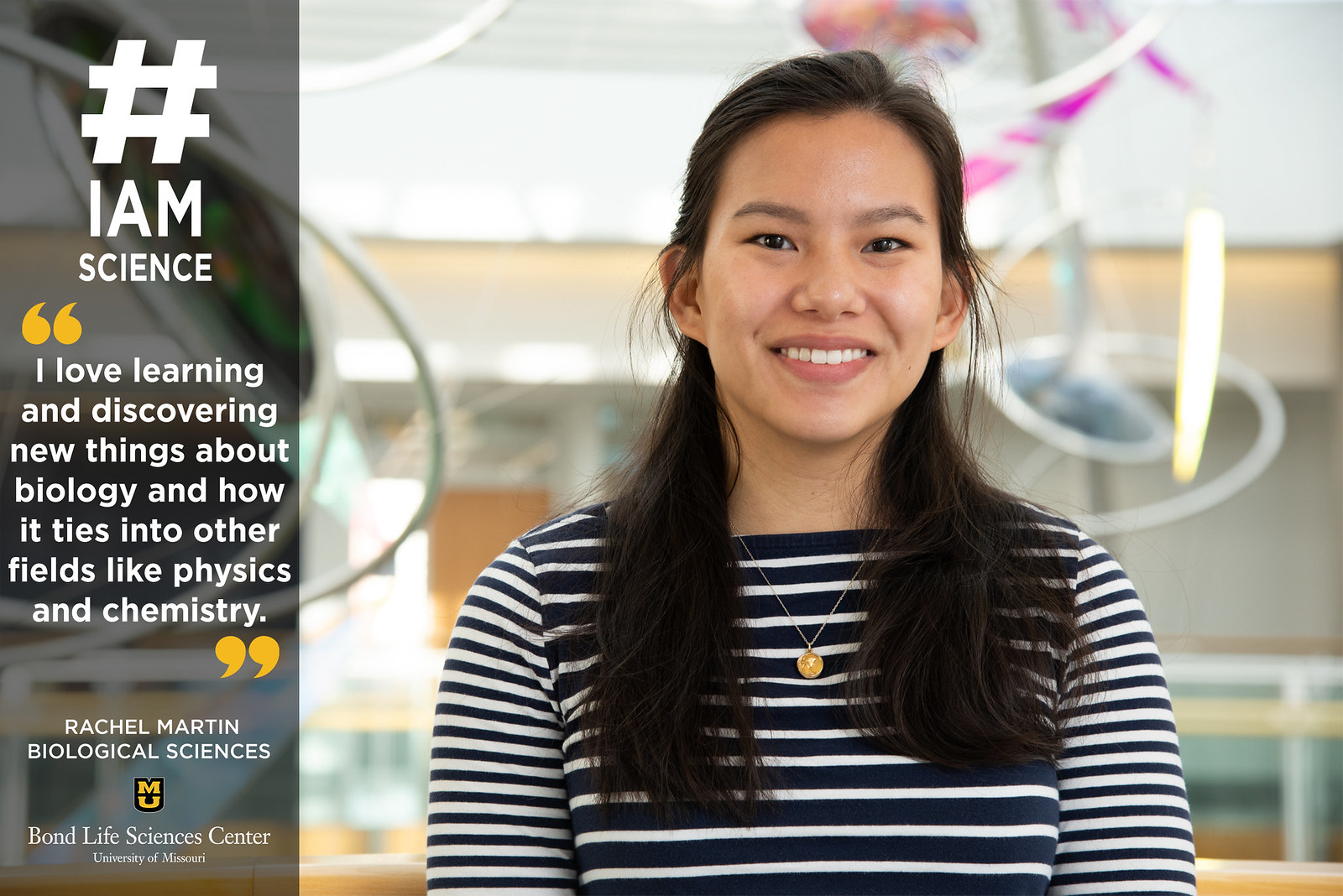 As a budding freshman who began her college career in the School of Journalism, she switched to biological sciences, tackled a double major in music, joined two research labs and kept up with clubs throughout her undergraduate career. Through it all, she has maintained an unwavering ambitious spirit.

Now in her final year, Martin has wrapped up her music degree and enjoys a more relaxed course load than she’s used to. From freshman to junior year, she often took over 18 credit hours at a time and balanced countless hours of studio practice, lessons, ensemble rehearsals, music and aural theory courses, science course labs and the academic rigor of both her degrees.

While Martin is very sure of her future career path, she hasn’t always been this certain.

“When I was in high school, I was a part of my school’s newspaper and I’ve always been good at writing, so I thought I wanted to go into journalism,” Martin said. “I did the Missouri Urban Journalism Workshop and I loved it, but I remember thinking ‘wow, these other students are a lot more gung-ho about it than I am’.”

After she realized the journalism route wasn’t for her, she took some time to critically think about her career options. She recalls being inspired by her mom, who is a nurse, and at that point, decided she wanted to go to medical school.

From there, she looked into research labs her sophomore year and landed in Bing Zhang’s lab and studied Drosophila or small fruit flies. Then she found an opportunity in Cheryl Rosenfeld’s lab which allowed her to study the fetal effects of oxycodone.

“I’ve been helping out with Dr. Rosenfeld’s BPA studies on California mice as well as looking at the maternal-fetal effects of oxycodone on a different strain (CF-1),” Martin said. “[My research partner] is doing placental collections and I’ll be doing the behavioral analysis of the litters. Oxycodone is a relatively new drug that is being prescribed as a painkiller, however, people have been abusing it. There isn’t a whole of research being done into its effects as a drug of abuse.”

In addition to her scientific studies, Martin has been involved in the University Philharmonic Orchestra, the University Wind Ensemble, the Missouri Symphony Orchestra and Sigma Alpha Iota, a music fraternity.

“For the Missouri Symphony Orchestra, we do gigs around the community. Tomorrow we’re doing one for all the third graders in Columbia,” said Martin. “It’s like a get to know music and instruments. They learn about the piece in their music class and then they come hear it live.”

Martin intends to apply to medical school, but in the meantime, she will take a gap year and look into EMT or patient care technician jobs at the hospital. She plans to apply to the University of Missouri School of Medicine as her top choice, but she will also look at other places in the Midwest such as UMKC and a handful in Chicago.

Although she has dreams of becoming a pediatric or obstetrics and gynecology doctor, she plans on carrying music throughout her life.

“I’ve played French horn since middle, so it’s been almost 10 years since I started and it’s something that is stress-relieving to me,” Martin said. “It’s a totally different outlet from the science side and it has helped me with my science and research. Being in an orchestra, you have to be a team player and you have to be able to communicate with your team and step up to the plate and do the work.”

« A blight-free future» A return to mentor: Gant advises on PREP for Ph.D.’s