Studying Drug Resistance, One Connection at a Time 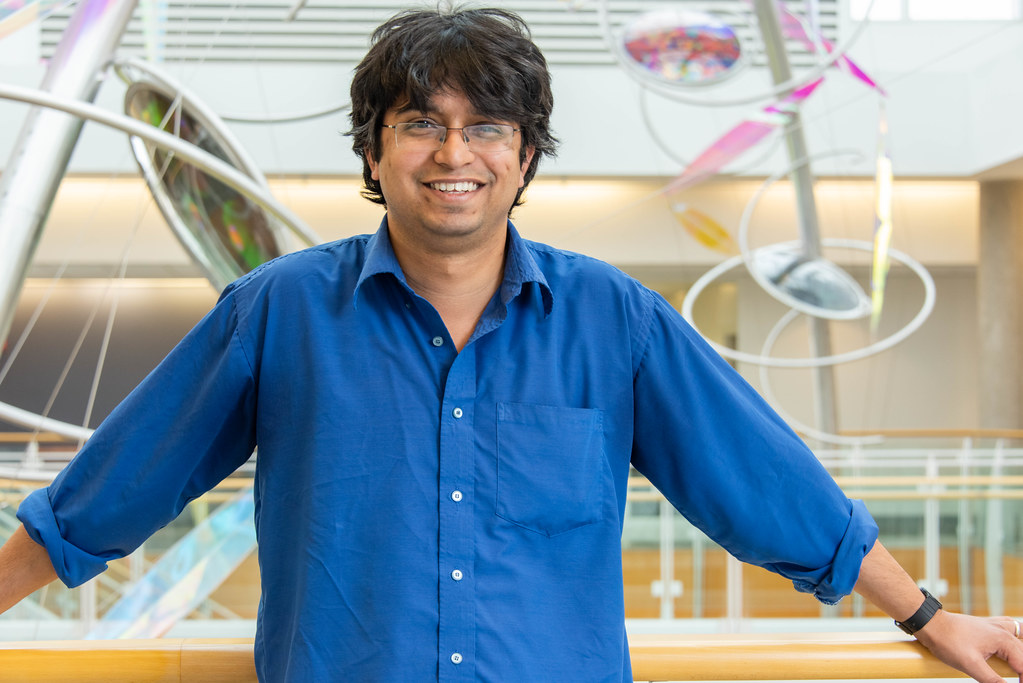 Where you are creates opportunities.

The structure and placement of labs encourages researchers to collaborate and talk to each other and often, connections and friendships are formed.

For Kinjal Majumder, a virologist and postdoctoral fellow in the David Pintel lab at Bond Life Sciences Center, that has meant bouncing many ideas off friends and colleagues from neighboring labs. Little did he know that one connection would lead him to interesting findings in a field outside of virology.

Those results may help make progress toward understanding the machinery behind drug resistance and toxicity in the body.

“The big picture is that it will help future studies on how drugs are metabolized by our body,” Majumder said.

The connection started with Andrew Huber, the first author of the paper, who completed his Ph.D. while in the lab of Dr. Stefan Sarafianos at Bond LSC. He graduated two years ago, moved to the lab of Dr. Taosheng Chen at St. Jude Children’s Research Hospital (SJCRH) in Memphis, Tenn. and began his postdoctoral work.

Dr. Chen’s lab focuses on mechanisms of cellular drug metabolism, one of which functions through the pregnane X receptor (PXR) protein.

PXR is found in the liver and is activated by drugs and other substances in the blood. Once activated, it binds to DNA and activates genes responsible for detoxifying the system. However, this system often leads to metabolism and reduced efficacy of administered drugs such as chemotherapies and antibiotics.

“When Andrew was in the Sarafianos lab, we’d talk science often and we collaborated on how different viral proteins bind to host and virus DNA, and how this can aid viral life cycles,” Majumder said, “When he moved on to his postdoctoral work, he saw that he can start applying similar techniques to study how the liver metabolizes toxins. So that’s when we set up this collaboration to pursue these things together.”

Majumder studies how viral DNA and proteins interact in virus-infected cells. One technique he uses is called chromatin immunoprecipitation assay (ChIP) which determines where proteins of interest can bind to DNA molecules. Majumder freezes protein and DNA that are interacting together in the process and he pulls that complex down with an antibody. “It’s like going fishing,” he said.

In order to apply ChIP and other techniques to study PXR signaling, Majumder drove down to SJCRH in Memphis to work with Huber on these assays.

Once in Memphis, Majumder and his collaborators worked and conducted experiments around the clock, but they also found time to explore the city and have fun.

“We go into lab and try to get done as many experiments as we can,” Majumder said, “And whenever we have a long break we go out on the town. It’s usually a really fun way to go and experience the life and scientific culture of a new place.”

It is a lot to pack into one week, but Majumder and his collaborators make the most of it, finding a way to effectively balance their studies on PXR with soaking up life in Memphis.

Majumder compares PXR to a light dimmer switch. When activated, it “brightens” by increasing drug metabolism, leading to decreased drug efficacy. PXR inhibitors work to “dim” this effect. At St. Jude, Dr. Chen’s group found that of the 434 amino acids that make up PXR, only one mutation is needed to “turn a dimmer into a brightener.”

“We sort of got lucky, we thought that you’d have to make a lot of changes in order to make PXR do something different,” Majumder said, “Without making too many changes — Dr. Chen’s group just switched one thing — and that was sufficient enough to turn it into a brightener. So that was a happy and unexpected outcome.”

Once these results were reviewed, the Cellular and Molecular Life Sciences journal accepted their results and published them this March in an article titled “Mutation of a single amino acid of pregnane X receptor switches an antagonist to agonist by altering AF-2 helix positioning.”

Looking ahead, Majumder and his collaborators hope to make more progress in understanding how drugs are metabolized in the body.

All of this would not have been possible if it wasn’t for the connections Majumder made at Bond LSC a few years ago.

“It was so cool to have this opportunity to collaborate with someone from the LSC that I have collaborated with before and apply our experimental techniques to study a new system,” Majumder said, “It feels very encouraging that now the work can be expanded upon and applied to other systems and settings.”