ACCase: The Gatekeeper of Plant Oil 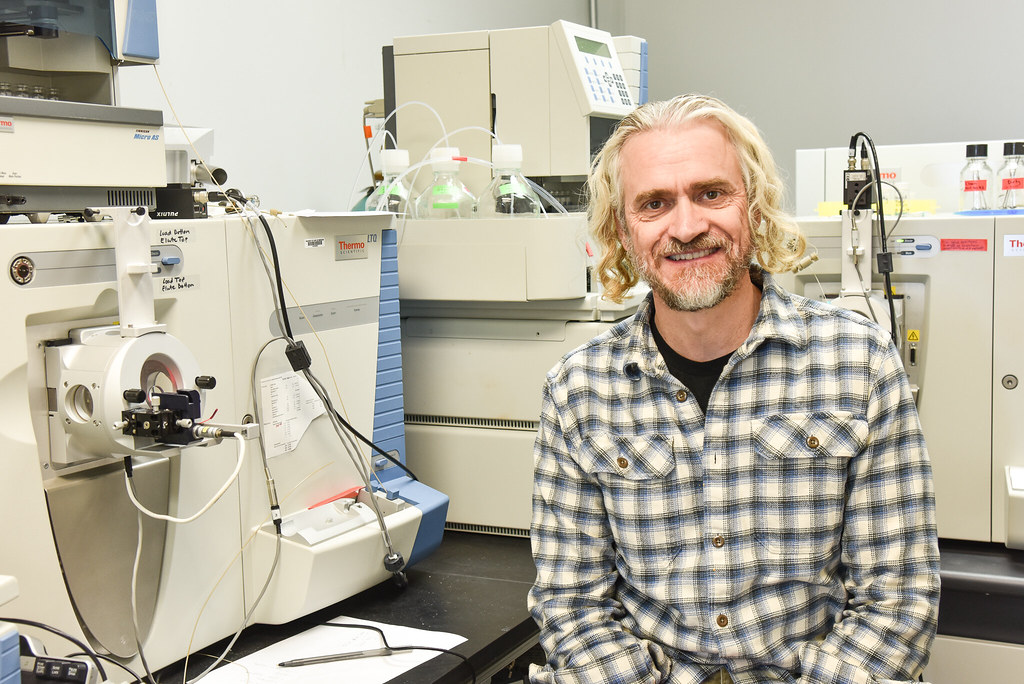 Two decades ago Jay Thelen speculated an unknown protein anchored acetyl-CoA carboxylase (ACCase), an important enzyme complex, to the chloroplast membrane. He even published a paper about it, not knowing exactly what the membrane protein was.

Flash forward and Thelen, a professor of biochemistry and principal investigator at Bond Life Sciences Center, now knows exactly what it is, which is detailed in a recent paper in Nature Communications. And this finding could potentially lead to crops with oil in their leaves that could be harvested.

“The finding was very gratifying, it was like an itch I was finally able to scratch,” Thelen said.

The previously uncharacterized membrane protein belongs to a novel class of proteins in his lab that are now referred to as Carboxyltransferase Interactors (CTIs), based upon the screen used to identify them. Yajin Ye, a former postdoctoral scientist in his lab, discovered that once CTIs are silenced, the amount of triacylglycerol storage oil in plant leaves increased. Oil is not typically found in leaves, so this finding was surprising.

“Normally, plants accumulate oil in the seed or the mesocarp, as carbon for the germinating embryo or a reward for seed dispersal, respectively,” Thelen said. “But when Yajin knocked out the gene he found that the plant leaves began to accumulate oil at rates four-fold higher than normal.”

Building off this discovery, Thelen and his lab continued to do more experiments on ACCase. In plants, ACCase acts as the gatekeeper of fatty acid biosynthesis. And fatty acids are the principal component of the storage lipid triacylglycerol.

“The regulation of this enzyme is quite sophisticated, particularly in plants due to its modular, multi-subunit nature,” Thelen said.

They soon found that the CTI, which anchors ACCase to the envelope membrane, serves as a negative regulator, suppressing ACCase function during light. When the three CTI genes were knocked out by CRISPR, it permitted ACCase to accumulate oil in plant leaves. Thelen first showed this in the model plant Arabidopsis, but is also investigating this in other plants.

“This has potential to make an impact in crops,” Thelen said. “The long-term objective of my lab is to try to increase oil accumulation in plants. This is an interesting discovery that led us to think that maybe leaves could be an alternative location for oils. If we can raise the levels in the leaves, they could be harvested and extracted for their oils and used for industrial food and feedstock purposes instead of discarded.”

Thelen and the University of Missouri patented this discovery and licensed it to a Boston-area company Yield10 Bioscience to commercialize this idea.

Thelen plans to continue looking at ACCase to look for its limits and processes.

“We’re still focused on making basic discoveries regarding the regulation of this first step in fatty acid synthesis,” Thelen said. “There certainly are more discoveries to be made.”

Find out more about this study in, “Docking of acetyl-CoA carboxylase to the plastid envelope membrane attenuates fatty acid production in plants” published in the December 2020 edition of Nature Communications.