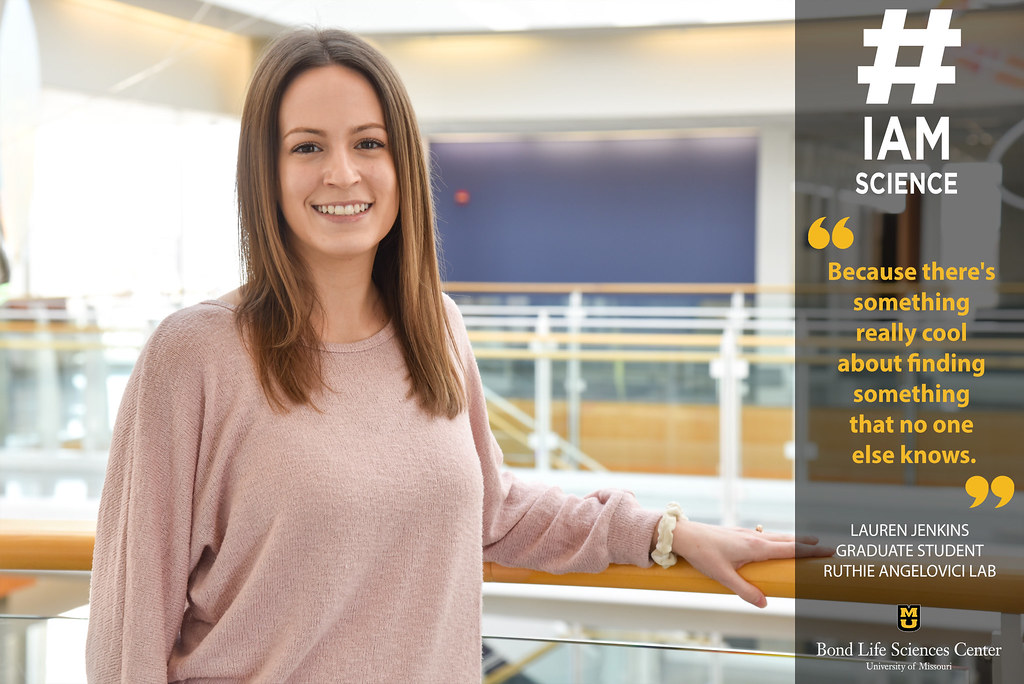 If you’ve ever sat down on a beach, then there is a good chance that you’ve stretched your fingers into the sand, like a plant spreading its roots underground. By sinking deeper into the sand, your fingers are bound to encounter cool, damp sand, where water is more abundant and available to nourish plant life above it.

It’s no secret that commonly known crops like corn need plenty of water to thrive, yet little is known about the massive network of roots that help this plant survive through periods of drought. In March 2016, the National Science Foundation awarded a grant to members of the University of Missouri’s Interdisciplinary Plant Group (IPG) to study corn’s nodal root system under drought conditions.

“One of the largest factors that affects yield in terms of environmental stresses is water limitation,” said Scott Peck, a plant biochemist at the Bond Life Sciences Center. “With the increasing global population and around 70% of water going to agricultural production, there simply won’t be enough water to sustain the global population that needs it. Therefore, we need to figure out a way to maintain crops with less water production.”

Peck is one of several faculty members working on this project that aims to be a first step in finding a solution for farmers when it comes to drought.

So what makes nodal roots so special? Bob Sharp, the project’s primary investigator, plant physiologist in the Division of Plant Sciences and Director of the IPG, explains that corn needs a significant amount of water to maintain growth. Nodal or crown roots, which can be seen growing out from the cornstalk and into the ground around it, provide the framework of the mature plant’s root system that collects most of the water it needs to thrive. The nodal roots grow to more than six feet into the ground to obtain water.

As climate change shifts global weather patterns, droughts have hit various parts of the world more severely. Take 2012 in Missouri for example. By mid-July, all 114 counties had declared a state of emergency due to severe drought and suffered millions of dollars in crop loss.

Despite this being one of the most memorable droughts in recent years, these phenomena are not uncommon and certain crops, like corn, have developed a way to battle drought conditions underground.

From the start of the project in 2016, faculty and students have studied one season of growing and harvesting maize plants in the field, as well as using a novel controlled water deficit imposition system in the lab. In the field, Shannon King, a Ph.D. candidate in Biochemistry who is part of the team, is using a “drought simulator” to impose and maintain drought conditions during inclement weather. It works like a massive, open-ended greenhouse on train tracks. When it begins to rain, the simulator rolls over the cornfield being used for this project to keep water at bay. It is then removed once weather conditions improve.

As the project approaches the halfway mark, the next steps will involve analyses of proteomics, metabolomics, transcriptomics and physiological data from nodal root samples in the lab and field. Once these studies are complete, the team will integrate the datasets using bioinformatics approaches to generate hypotheses on gene candidates and metabolic pathways involved in root growth maintenance under water deficit.

As a Broader Impacts activity of the project, Dr. Sharp and other members of the team will discuss their research at a workshop in the arid environment of northwest China. Here students, postdocs, and faculty will team up with Professor Shaozhong Kang of China Agricultural University to experience first-hand the problems and solutions of agricultural water-use efficiency near the Gobi Desert. The team will also present the importance of the project to the public, farmers, and legislators at the Missouri State Fair.

By understanding the way roots react under drought conditions in a controlled lab setting, in the field in Missouri, and in arid climatic zones across the globe, Sharp hopes that the findings of this project will help improve the ability of plants to find and use water and thereby lessen the global impact of drought on crop productivity.

This grant on “Physiological Genomics of Maize Nodal Root Growth under Drought” was awarded to Dr. Robert Sharp and colleagues at the University of Missouri on March 16, 2016. It is estimated to be completed on February 29, 2020

“#IAmScience because I plan to use my career to help develop agricultural innovations for the hard-working farmer.”

Most of Shannon King’s support system – her friends, grandparents, and boyfriend – are all farmers. They’re her inspiration and part of the reason her career goal is to use science to help farmers.

“I went into science because I wanted to help farmers,” King said. “With this grant, I get to go out into the field every day and be a ‘fake farmer,’ as I call it. And then I get to go into the lab and look at the science of it all. This grant gives me an everyday reminder of whom I get to help with my research and a whole new appreciation for science.”

The official name of the project is “Physiological Genomics of Maize Nodal Root Growth under Drought.” Its goal is to develop drought-tolerant corn varieties that make efficient use of available water. The project is interdisciplinary in nature and includes individuals from MU’s College of Arts and Science, School of Medicine, College of Agriculture, Food and Natural Resources, and School of Journalism. King said part of the fun of this grant is working with her team when things go wrong.

“None of us are engineers, but we’ve been doing a lot of re-engineering of our system to make things run smoothly. It’s rewarding to have all of us come together and try and make this project work.”

In the years to come, climate change and population growth will drastically alter the world around us, impacting farmland and the way we grow food.

New research from an interdisciplinary team at the University of Missouri is hoping to curb the decrease in food production due to climate change by studying the roots of corn and understanding its growth in these intense conditions.

The interdisciplinary team is comprised of seven co-primary investigators from four MU colleges as well as the USDA-ARS.