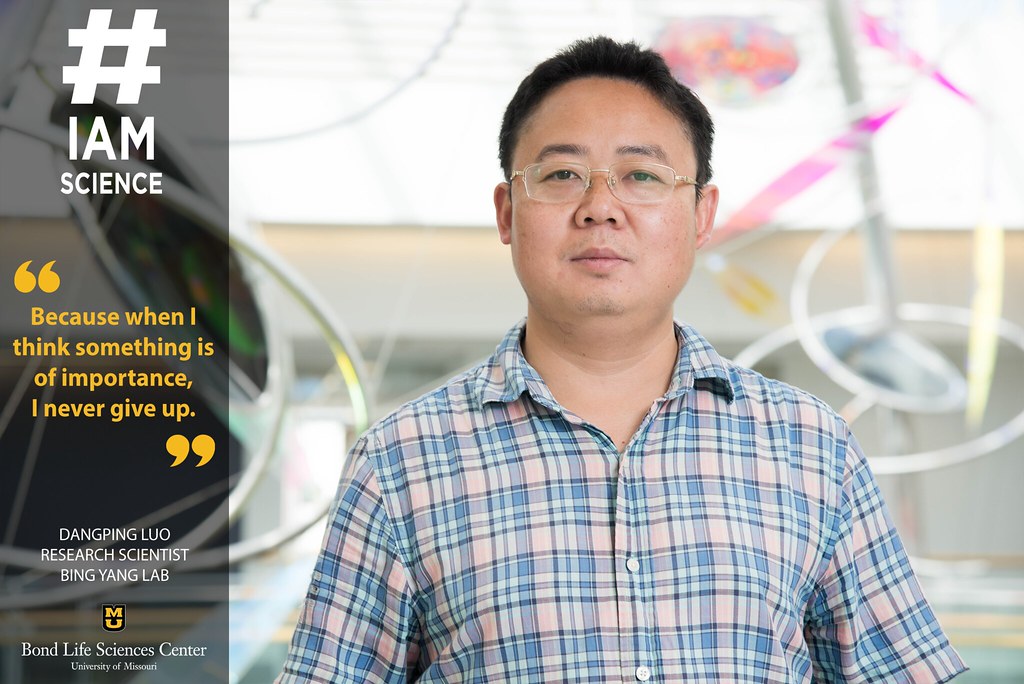 Columbia and St. Louis, MO, October 14, 2020 – The Healthy Crops team, with support from the Bill & Melinda Gates Foundation, have used gene editing tools to develop new varieties of disease-resistant rice that regulators in the United States and Colombia have determined are equivalent to what could be accomplished with conventional breeding. Bacterial blight can reduce rice yields by up to 70 percent, with the heaviest losses typically experienced by smallholder rice growers in low and middle-income countries. This has a profound impact on farmer productivity and economic mobility. The Healthy Crops team turned to gene editing to develop disease-resistant varieties as a way to provide farmers with a safe, affordable, effective solution.

“We first set about to understand the gene the bacteria use to make the plant vulnerable to its disease,” said Bing Yang, PhD, a researcher with the University of Missouri Bond Life Sciences Center professor, Division of Plant Sciences and member, Donald Danforth Plant Science Center in St. Louis. “We then used our CRISPR technology precisely to remove the element in the gene to avoid the pathway the pathogen takes that makes the plants susceptible to blight.”

The team used gene editing to create rice lines in elite varieties that are comparable to naturally occurring variants. These lines can resist infection by bacterial leaf blight, which leads to major losses for one of the world’s most important food crops. The rulings from the United States Department of Agriculture (USDA) and the corresponding authority in Colombia, the Instituto Colombiano Agropecuario (ICA), clear the way for field tests to select the best material for distribution to breeders in the U.S. and Colombia.

The improvements were accomplished via gene editing, which did not introduce any DNA into the plants and focused on “promoter regions” in three genes that are targeted by the causative agent of rice blight, the bacterium Xanthomonas oryzae pathovar oryzae. The research was described in an article in Nature Biotechnology in 2019.

Yang is just one member of the research consortium, headed by Humboldt Professor Wolf B. Frommer from Heinrich Heine University Düsseldorf (HHU), that has worked more than four years on this research. Six research institutions on three continents were involved including the University of Missouri, Donald Danforth Plant Science Center, University of Florida, the Alliance of Bioversity International and the International Center for Tropical Agriculture (CIAT) in Colombia, the Institut de Recherche pour le Développement (IRD) in France and the International Rice Research Institute (IRRI) in the Philippines.

In the wake of the ruling from U.S. and Colombian officials, the new blight-resistant varieties can now be used to introduce the resistance trait into many different types of rice via standard breeding strategies. Additional testing and breeding work is expected to take place in multiple locations that are favorable for growing tropical rice varieties.

“It’s exciting to use science and technology to do to help farmers protect and improve their rice production,” Yang said. “We hope to work closely with the local institutions in the next phase to introduce these into the varieties of rice small farmers use.”

The Healthy Crops Team has no commercial interest in its work. Its goal is to ensure disease- resistant rice varieties are accessible and affordable, especially for smallholder farmers who depend on rice production to support their families.

About The Donald Danforth Plant Science Center
Founded in 1998, the Donald Danforth Plant Science Center is a not-for-profit research institute with a mission to improve the human condition through plant science. Research, education and outreach aim to have impact at the nexus of food security and the environment, and position the St. Louis region as a world center for plant science. The Center’s work is funded through competitive grants from many sources, including the National Institutes of Health, U.S. Department of Energy, National Science Foundation, and the Bill & Melinda Gates Foundation. Follow us on Twitter at @DanforthCenter.

Founded in 2004, the Christopher S. Bond Life Sciences Center was designed with teamwork in mind, fostering collaborations between scientists of diverse disciplines and backgrounds. From cancer and HIV to plant science and informatics, our researchers work together to move basic science forward and lay the groundwork for a better world. Learn more at bondlsc.missouri.edu.